A Tool for Self-Reflection, Growth, and Discovery of Inner Truth

The Inner Mask Oracle Deck is an all black-and-white oracle deck drawn by Kat Crow. The deck features various characters wandering a surreal zone that is part super-natural, part subconscious, part shadow realm, and the scenes depicted help a reader interpret their reality, and hear what the shadow-self is trying to say.

What is Shadow Work? Carl Jung described the “shadow self” as the repressed and unknown parts of the psyche. Some believe this to include the “negative” parts of the self, and erect a somewhat antagonistic relationship with it. However, the shadow is not an enemy to combat or defeat. The shadow is the inner child, a version of one’s child self that is still stuck in a moment of pain that hasn’t had the opportunity to heal. Relating to the shadow with this in mind will completely change the energy of the interaction, and the results. I define the shadow as the things that aren’t ok: the things in the past that still aren’t ok, the things in one’s relationships and reality that aren’t ok, and repeating experiences that aren’t ok. Some will equate the shadow very closely with the concept of the ego. However you define or understand this area of yourself, it can be said that this aspect has been trying to get your attention, calling out to be seen and recognized by you, and that as you live your daily life it is striving to be found. That part is also you, and it wants to come back together. This deck offers a means of communication for those aspects of the self, and can help facilitate interactions with the parts of self we had assumed were discarded, outgrown or eradicated.

This is the "Stars Deck," These cards come with KEYWORDS printed on the cards for ease of interpretation. This version is great for those who want to get started with the Inner Mask Oracle and would like some built-in help for quickly learning and reading the cards.

"Borders" Deck -> Version of the deck with No Keywords. For those who may want a more intuitive approach, the Borders Deck contains less text.

• Booklet of Shadow Meanings containing brief descriptions of the cards for use in shadow work.

Not Included but Still Available:

• The complete Manual of Meanings (400-page manual including bonus art, commentary, spreads, fiction, and more) is available here. Or as PDF download here.

For more information about the deck and for announcements and updates, follow the Inner Mask Instagram @theinnermask Or go to www.TheInnerMask.com

Designed in New York City. Printed in the USA.

“I'm overcome with the wisdom and depth of it.” 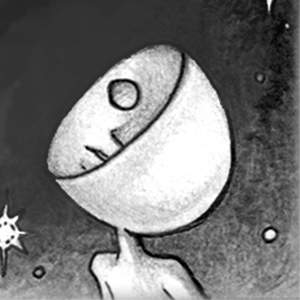