A game of fighting, fantasy and fun for all time!

Welcome to Time’s End, a game of cunning, tactics and leadership. Manage your resources, maneuver your soldiers, capture an opponent’s General then banish them in the Time Vortex to save humanity. But be careful - the beginning and end of all time is in your hands! 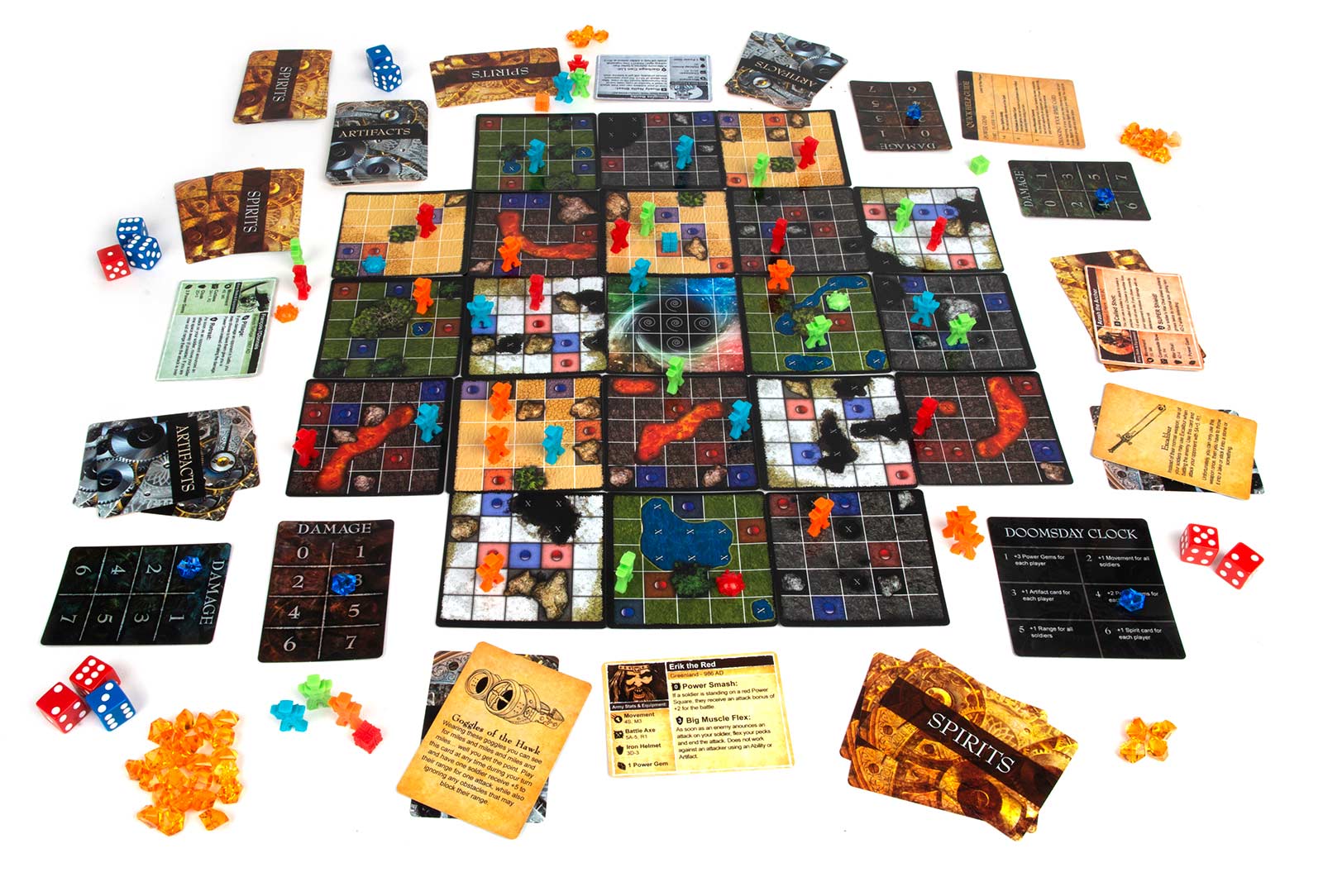 At the beginning and end of it all, time as we know it is crumbling. The Doomsday Clock has awoken and the countdown to nothingness has begun. The Last Generals, the guardians of all time, are locked in a battle where always and everywhere have collapsed into one. To restore order, a General must be captured, then forever imprisoned in a Time Vortex and drained of their power. This is the only way to calm the Doomsday Clock and return it to its slumber. 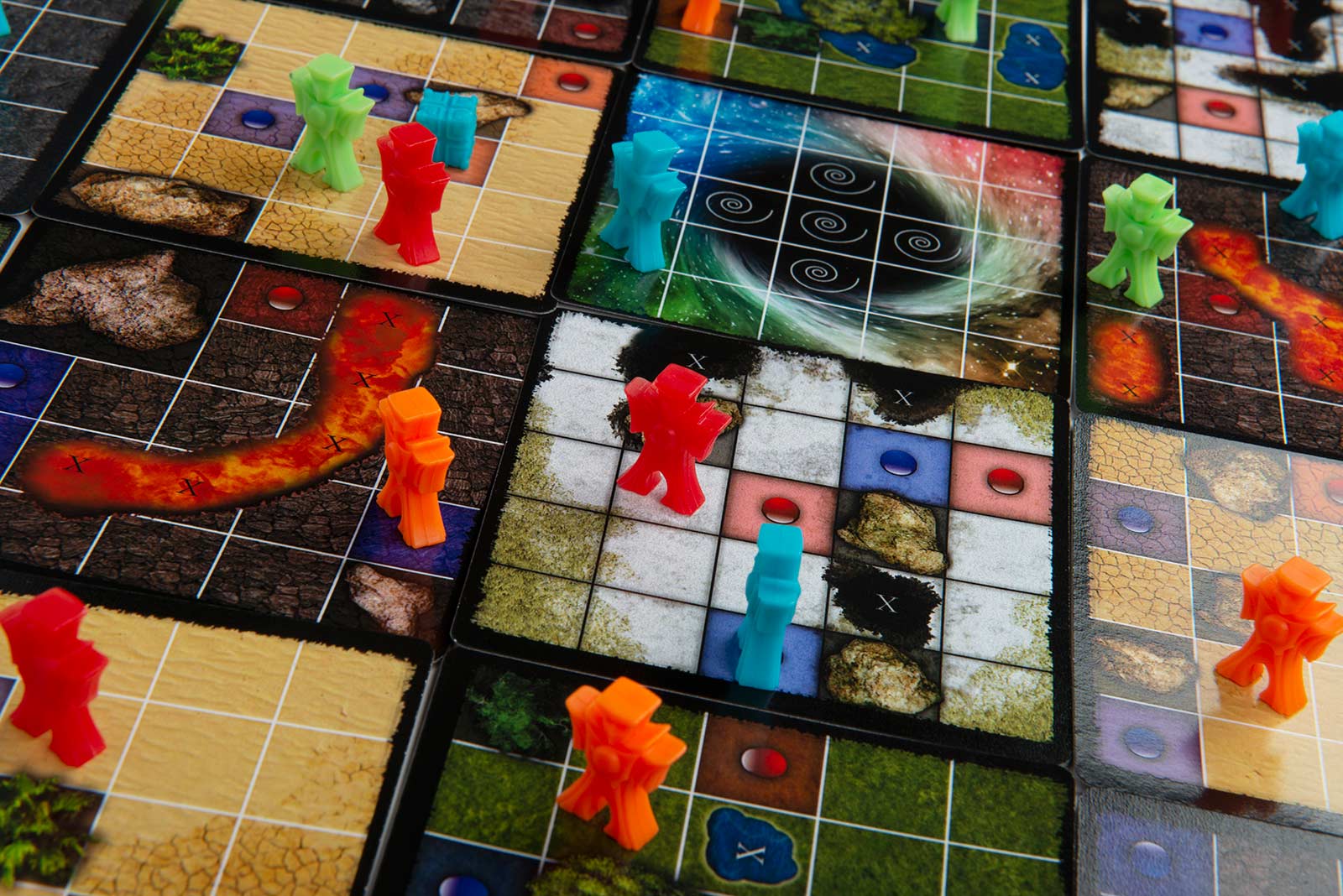 For protection and leadership, these Last Generals have called upon humanity's greatest Spirits to guide their armies. Pulled from every corner in time, these Spirits must use extraordinary artifacts and their own wondrous abilities to guard the Generals at all costs. In this battle, arrow vs laser, spear vs gun, it matters not. All that matters is the strength of a Spirit’s essence and their will to win. 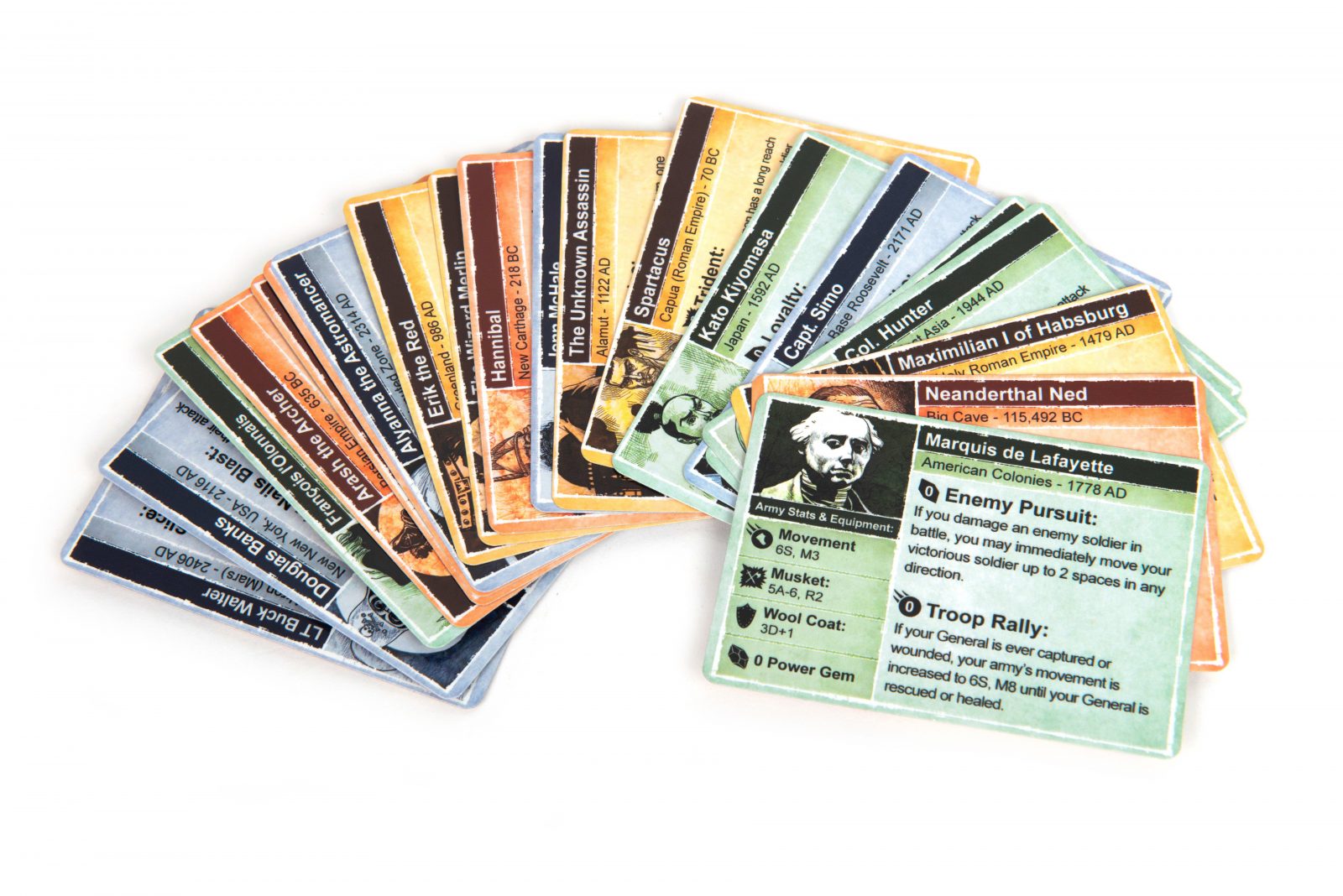 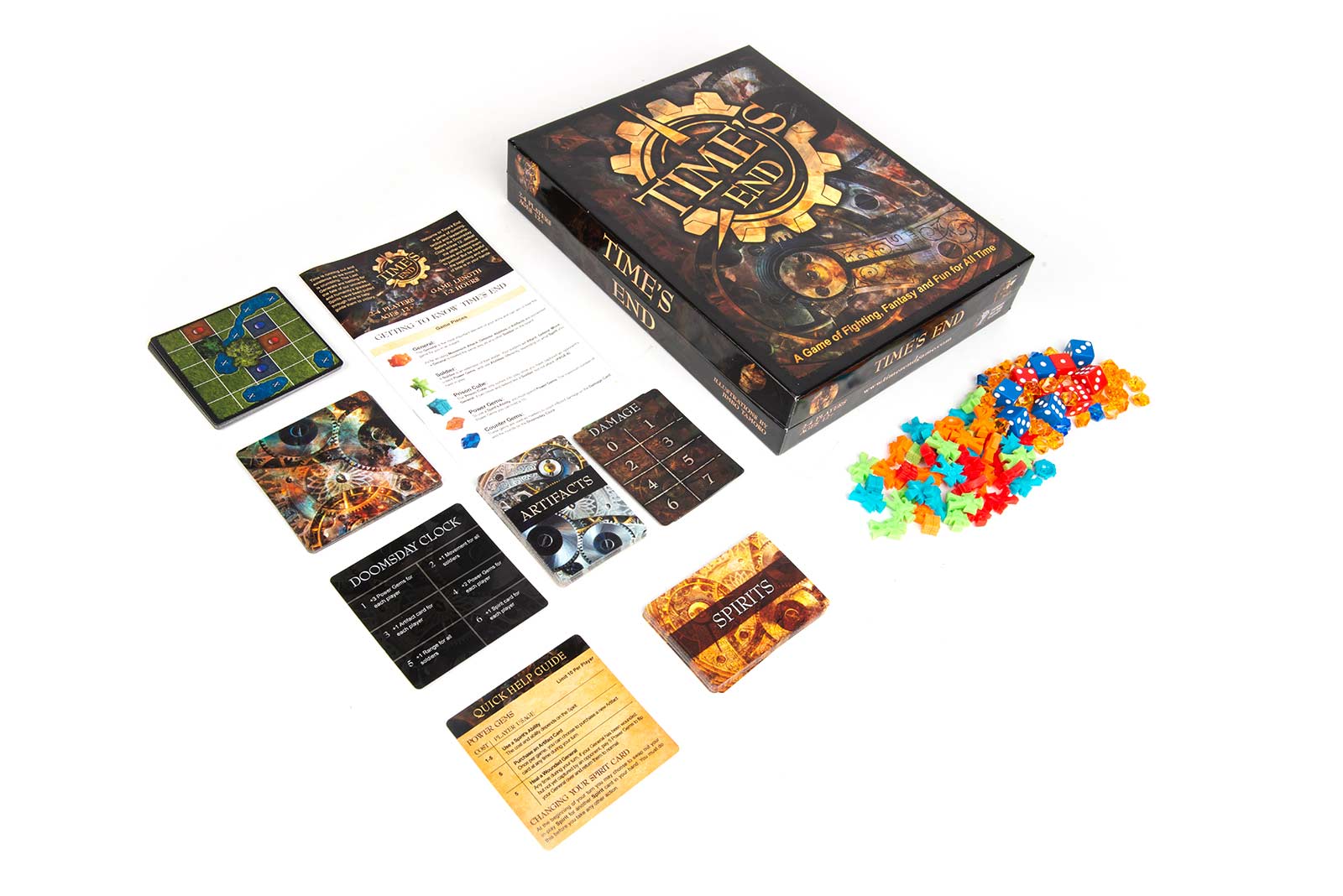 40 Soldiers to battle it out for the fate of humanity, the universe and time itself. 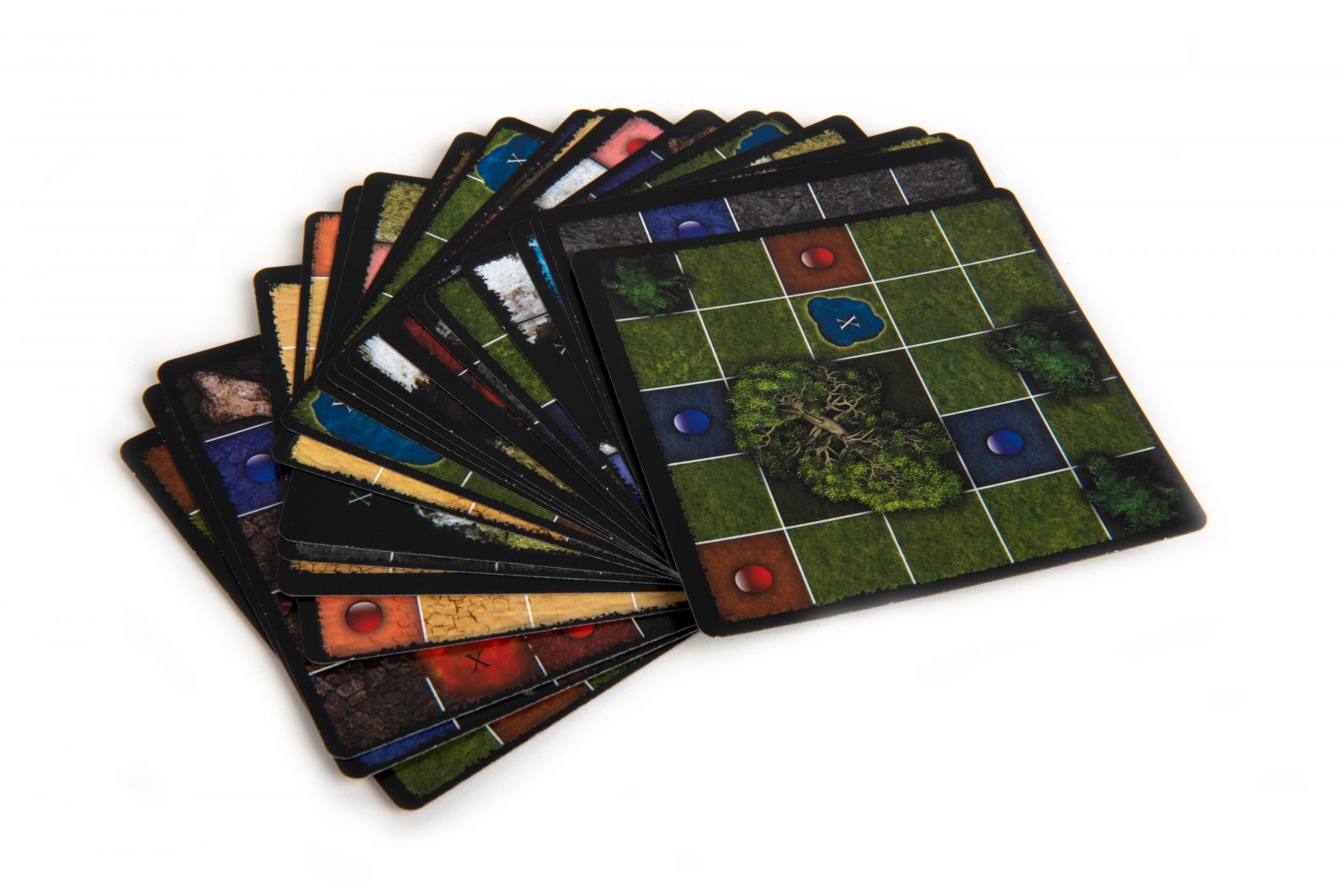 30 of history’s greatest Artifacts to enhance the strength & ability of your army. 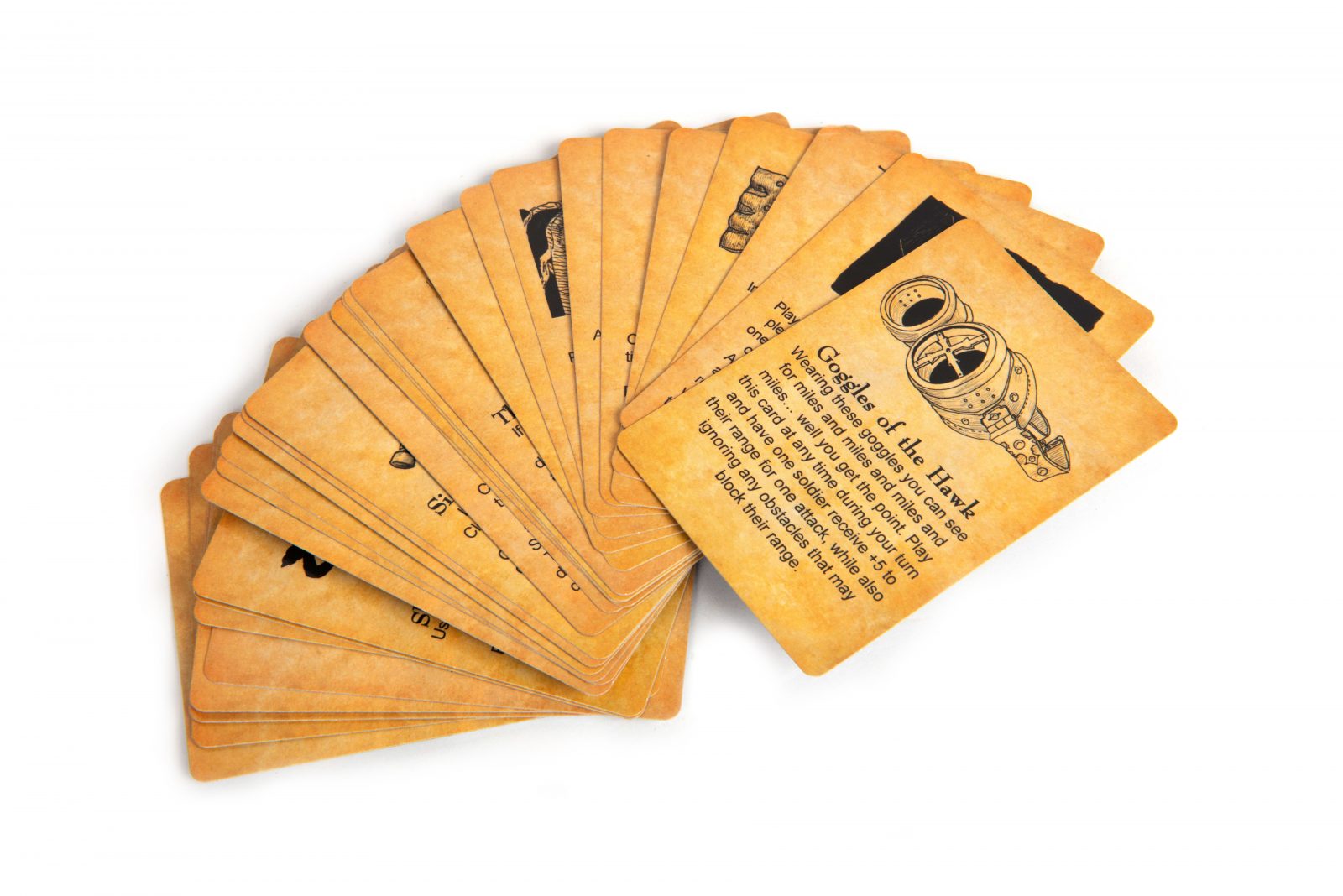 Design All the Things 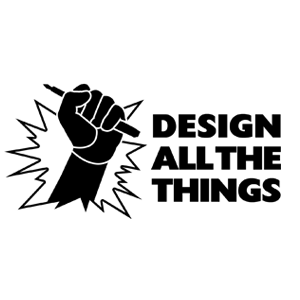