Have fun with cryptocurrencies

Blockchain technology is changing the world, as people begin to invest into cryptocurrencies. Some smart and lucky people are making the right choices, and become millionaires. Many lose more than they can afford, falling victim to hackers and scams. Will you adopt the right strategy to win this challenge? Will you manage to build your capital in small steps? Discover that, playing with your friends, in an exciting but totally risk-free way!

Token Party is a cryptocurrency-based game for 2-6 players, who must achieve specific goals during gameplay in order to win. Players trade Tokens, invest and earn profits from mining, participate in airdrops and initial coin offerings, as in real life. They are at the mercy of the market index, fake news, security breaches, scams and much more. Game mechanics lead to a simple and fun gameplay, mixed with real-world rules.

Token Party is a turn based game. Players move their pawns through the game board, completing the tasks reported in the space they chance into, after rolling dice. Tasks could involve other players. When players land in the trading / hardware zone, they can decide to trade tokens / buy hardware. Game play involves collecting hardware / token / ICO cards, participating in initial coin offerings and airdrops, earning/losing bitcoins, paying maintenance to avoid losing hardware cards, and starting hacking challenges against other players.

Goal of the game

There are two play modes: standard and advanced. The “card-holder mat” must be turned right side up (light or dark). In both modes, the first player who completes all goals wins the game.

Standard mode : Goals are broad, shared by all players, and don’t include bitcoin targets.

Advanced mode : Goals are different for each player, narrow, and always require to reach a target quantity of bitcoins. This requires a more cautious play. You need to strike a balance between completing your goals, and risking bitcoins in the process. 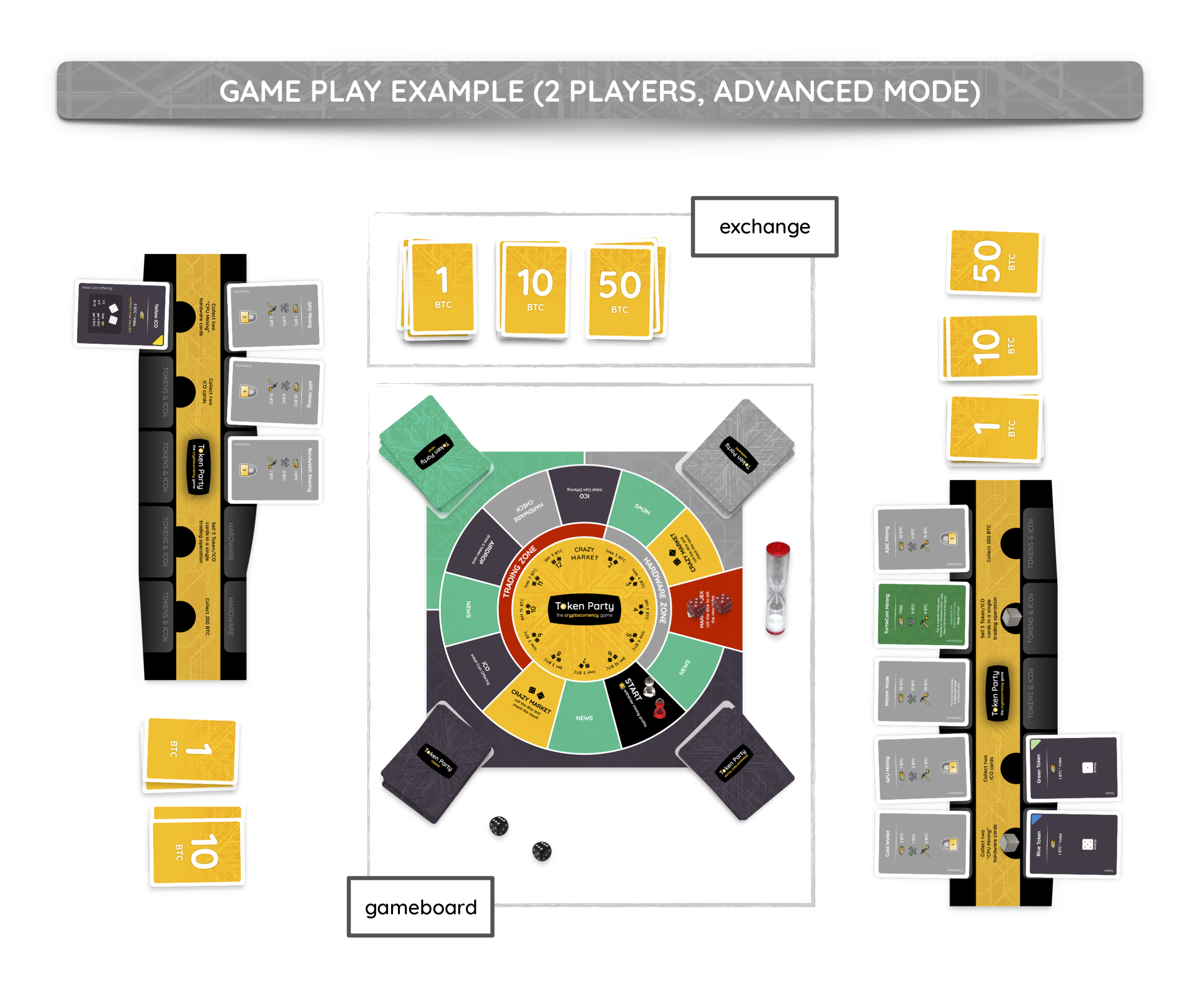