Beautifully illustrated and full of esoteric mysticism. This deck was built on rabbit lore and the Western Tradition of Tarot. Themes are drawn from the Hermetic look at the Kabbalah to North American legends and modern cartoons and movies.
Never shying away from controversial themes, instead they are portrayed with images full of whimsy and wonder.
While full of humour, this deck is best for the Tarot enthusiast or collector as a guide for those who wish to learn more about the particular associations of the Hebrew Alphabet, Planets and Zodiac Signs to each card. Astrological Symbols and other associations are plainly visible on the borders.
The Twilight Rabbit Tarot was originally designed as a marriage of two traditions (Rider and Thoth), the deck has been seperated and this version mirrors the Rider/Waite/Smith Tarot. 78 cards include 22 Major Arcana (Great Mysteries) and 56 Minor Arcana (Small Mysteries).
If you love rabbits and the Occult, this deck was made for you.

Preview all the cards on the website: Twilight Rabbit [www.twilightrabbit.com]

There are many animal themed decks out there [...] but decks with rabbits there are few (as a matter of fact this is only the 2nd one I found and bought). 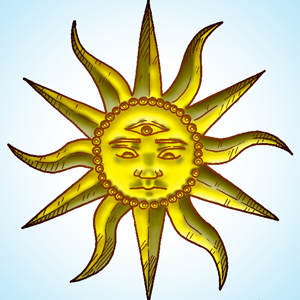