A card game of covert operations and assassination.
Wetworks comes from the Russian KGB slang term “mokroye delo” or wet dealings. An indication that in this line of work you’re likely to get your hands dirty.

The Wetworks card game is a competitive game of covert operations and assassination. A shadow organization is offering up big money for the elimination of some top targets around the globe!

Manage your hand of 7 cards. Collect matching card sets with stealth and secrecy. Choose your moment with care. Move the target out of the sights of your competitors and into your hands. Play your cards right and take out the targets for high rewards, or go for the ultimate score as the double agent!

Wetworks offers a unique mix of tension, luck, and skill for 2-6 players.

In Wetworks players take on the role of competing assassins trying to eliminate the fleeing enemy targets. The artwork reflects this theme, but is handled a bit lightheartedly to convey the idea of the theme, but making it palatable for most players of varying ages. Even with these considerations Wetworks presents a fun often tense play experience combining a good amount of strategy with the luck of the draw aspect of card games like Poker, Set Back and Rummy.

Players manage a hand of seven cards with the goal of collecting matching card suits. Cards correspond to specific zones on the game board and are used to eliminate targets on areas in that zone. On a turn players discard or play cards to eliminate a target from the board, and then redraw up to the seven card hand limit.

The game boards are broken down into six zones. Each zone has a unique icon and color associated with it, and has three areas of value 4, 5 or 6.Target markers start on the Entrance space on the left end of the game board, and move toward the exit space on the right when a matching movement card is played.

Players can strategize by choosing when to play movement cards to advance the targets along their movement track. This can place a target in a zone you are holding matching cards for, and out of a zone other players may be holding cards for.

Play target defensive cards which make it more difficult to eliminate a target in specific zones. Each defensive card matches one of the two targets and one of the six zones, and only affects that target in that zone. These cards increase the area value by one point. So an area value of 4 would become 5.

Once a number of points equal to the area value the target occupies has been collected by a player, the target can be eliminated on that players turn, and removed from the board. Players are rewarded with varying point values when a target is eliminated (listed along the bottom edge of the game board). These reward points vary in value from zone to zone.

Players may draw and use bonus cards to make it easier to eliminate the targets. Some bonus cards reduce the value of areas in specific zones, while others allow points for one zone to be used in non matching zones.

Game play continues until both targets are eliminated, have moved onto the exit space or a player has played the Double Agent hand. By playing one ops card from each zone plus the Double Agent card on their turn, a player can win the round and collect any reward points for targets on the game board, and any reward points collected by other player during the current round.

When the round is over, add up your points. Play any number of rounds using the four unique game board locations. The player with the most points at the end of the game wins.

Wetworks is a quick playing game. Rounds typically last 15 minutes or less, and a game of four rounds can play out in under an hour. 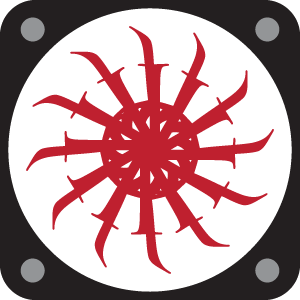