Check out the How To Play video!

You and your team have returned to your ship from an incredible adventure on the mysterious planet Zont, but there's just one problem – you don't remember any of it! Zont! is a cooperative story-telling game of adventure that fosters creative thinking and teamwork.

To begin, each player chooses a role. Were you the Captain, Scientist, Explorer, Security, Diplomat or Engineer? Each player draws a Trait card. Memory tiles are flipped face-down and spread out in the center of the table and a Story Plot is either chosen by the Captain or draw randomly. Then you're ready to start!

On your turn you reveal two Memory tiles.

If two different colored tiles are found, you have discovered an "Incomplete Memory". Keeping one of the tiles, and putting the other back, you share a story detail with the team.

If two matching colors are found than you begin a "Complete Memory" using the emotion indicated by the color of the tile and the two different words on the two tiles. Each other player then contributes by "Adding To" the memory from the viewpoint of their Role on the team. After all players have had a chance to "Add To" the memory, the pair of tiles are placed on the Memory Track at a point determined by the team. Was that scene the beginning, the end, or somewhere in-between?

After 8 Complete Memories are found you will have pieced together your trip to Zont and have a unique story only your team could have had.

Winning or Losing is optional. To Win the players must find and work the Story Plot term into the story and individual players are awarded points on their participation. But for younger or more casual play the journey itself is just as rewarding.

We hope you had a wonderful time on Zont! 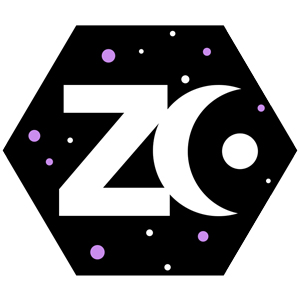