"Battle Of The Trees"™ - Celtic Board Game

The “ Battle Of The Trees" ™ is a creative and inventive chase and battle game that retains part of the spirit of the ancient Irish "Brandub" and "Fidchell" board games.

Inspired by the Welsh poem "CadGoddeu", the object of the game is to get the three creatures of the "Annwn" (The Celtic Underworld) .

You play as Gwydion, the bard and magician. “Lord of Knowledge” and “Lord of Trees”, and you will be responsible for animating the trees of the forest on their final quest.

One of the main features of the “Battle Of The Trees" ™ board game is that you may not only play it as a battle game, but also as a way for divination...

Legends let us know that Celtic board games were played by the Kings or Druids, and even during the battles. Great events were decided on the outcome of a Fidchell match, retaining thus an underlying supernatural element not present on Nordic games. A battle between the spiritual forces and the unknown fears we may daily experiment.

The game comes with a set of printed stickers that will allow you to customize the non-printable plastic pawns. Defending pieces are represented by magickal animals. Attacking pieces consist of twenty letters, corresponding to the four ogham families of trees. The gameplay starts with only 15 pieces on each side played on a circular board similar to the Byzantine chess. In order to make the game run by fate, the Attacker should choose his fifteen pieces first, among the twenty white pawns. The game is over only when: three Attacking pieces get onto the Central Maze, or if only one Defending piece remains on the board.

With easy and innovative rules, the “Battle Of The Trees" ™ outlines as an original Celtic board game, that will catch your desire to develop new strategies each time you take part in it. 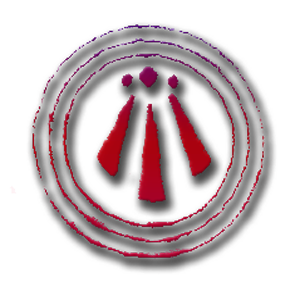