3-Player co-operative "living legacy" game where you assume the role of a stranded conquistador.

Link to the rulebook is at the bottom

1572 Legacy is a cooperative, legacy game for 3 players meant to be played over 14-30 sessions. This is a survival-themed game with dice manipulation-allocation and end-of-game journaling. As a living legacy game, what one group of players does can affect the game for a completely independent group of players elsewhere.

After an ambush by an underestimated native force, only three conquistadores escape deep into the mountains to survive. These conquistadores are lost in the New World and must work tirelessly to escape the dangers of this unexplored continent to reach the Galleon Concepción before it leaves.

1572 Legacy has the traditional legacy elements such as rules added in the middle of the campaign, permanent modifications to the gameboard, added cards, modified cards, legacy boxes with surprise components, and also the ability to modify dice (by adding stickers).

This game also has an Internet Augmented component to turn a regular legacy-style game into a living legacy game! Players will be instructed to read certain journal entries during each game. These narratives colorfully describe thematic events as well as possible game-changing mechanics. At the end of each game session, the players collaboratively write about their conquistadores experiences through the role of their character. When the campaign is completed, players will have the option to upload their own journal entries. Those narratives will add to (or replace) narratives accessed by other players through the Internet Augmented component.

The driving mechanic of this game is dice manipulation/allocation. Players will have a certain amount of dice (around 7 or 8) that they roll at the beginning of a Round. They will then draft cards and get a chance to trade cards with other players. These cards must be completed by allocating dice to them in order to gain collective and individual resources, and avoid consequences. Dice can also be allocated to common actions on each player’s character mat. The dice can be manipulated over time by covering the 1-pip side with stickers, as can the cards and character mats. All 250+ cards are unique, and most of them can be changed, added, or removed from the game. These “legacy” alterations are permanent for the rest of the campaign.

Another mechanic is that of collaborative journaling. Together, the players draft a journal entry of their conquistadores’ adventure. There are a few cards called “Interests” that denote an amazing natural wonder or phenomenon that must be added to the journal. But for the most part the journaling is left to the creativity of the team. 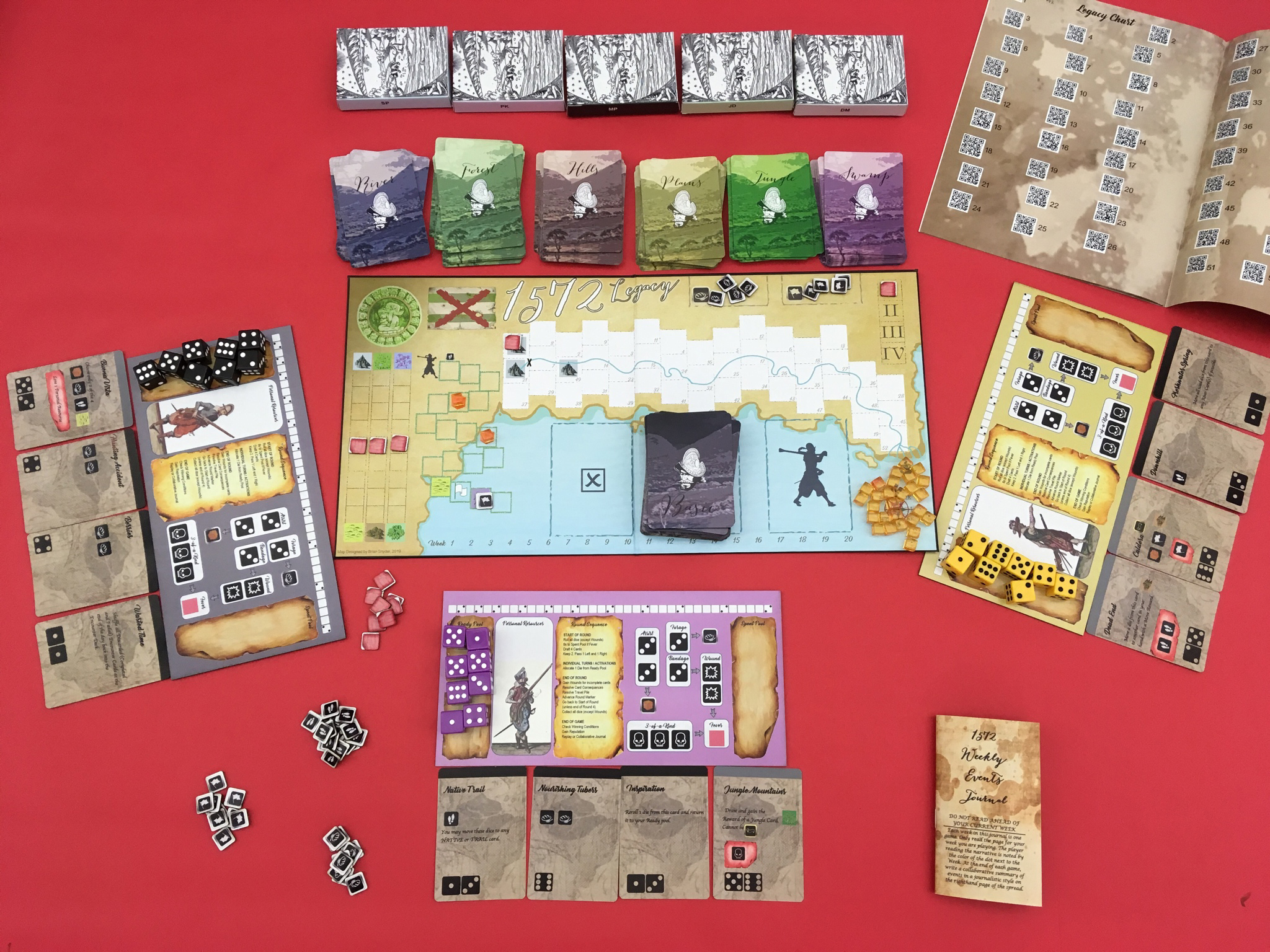 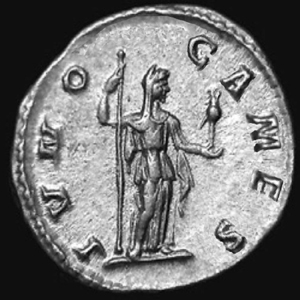