A Classic Game of Chasing Down a Gang of Bad Guys, Fending off Minions and Trying to Save Princess

Like all epic (and award-winning) adventures, this one begins in a saloon. You just arrived this morning to the gold rush boom town of Stone Ridge looking to stake your claim. As you gulp down your root beer, you notice a sign:

The Bandit Shamandillos have stolen the mayor’s beloved horse, Princess. They have holed up in the desert and have dispatched their minions to guard the route. You decide to win the mayor’s favor by trying to find the Bandit Shamandillos and bring them to justice. Beware, each Shamandillo has learned to control a force of nature through lost desert magic. Rescue Princess and you’ll earn the admiration of the mayor and the town.

2-Bit Bandits is a game for 1 to 4 players where each player proceeds through five to seven levels of play, taking on the dreaded Bandit Shamandillos and their minions. Each level is divided into stages that you pass by rolling your way through a mini select-a-quest path structure. The game ends when the Bandit Shamandillos have been defeated or everybody loses their last life. Highest points at the end, wins the game. 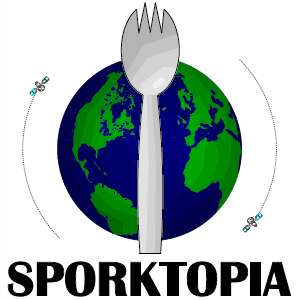