A Murder Most Fowl: Bloody Plumage

A Murder Most Fowl is a peculiar card game about crypto communication and people reading.

MURDER IS IN THE AIR... AGAIN!

2 to 4 teams of 2-players each (which means the game is played by either 4, 6, or 8 players) compete against each other to solve the assassination of His Excellency The Honorable Robin Poor IX, who is the sovereign cock of the Avian Kingdom. On the verge of chaos, the kingdom invites independent agencies to solve the murder before the whole world topples into an Animal World War! No pressure...

The game is loosely inspired by the English nursery rhyme Who Killed Cock Robin–– especially the Henry Louis Stephens’ 1865 book version which is named Death and Burial of Poor Cock Robin.

TEAMS (See the photos below!)

DOGLAND YARD (easy-to-play) The first team to arrive at the crime scene is Charlotte Holmes and Vet. Watson from the Dogland Yard. Charlotte Holmes is a petite lady of a stark demeanor. Her intelligence is the envy of many male colleagues. Vet. Watson (both a veteran and a veterinarian, so, we might as well call him Vet. Vet. Watson) is a frequently drunk, hulky, aloof, yet loveable medic. His accessory is a small barrel of whiskey that he carries around.

SÛRETÉ FELINATIONALE (easy-to-play) From across the channel arrive the inspectors of Sûreté Felinationale. Being the catastrophe magnet he is, after Inspector Purrouseau has crossed the border, the country declared a celebration, hoping that the murder will never be resolved. Queen Kat’O is a cross-dressing tomcat with questionable garderobe and bedfellows. Yet his skills in Paw Fu and Pawate stop anyone from further inquiries.

FBI (FEDERAL BEAVERS OF INVESTIGATION) (easy-to-play) From across the ocean arrive the agents of Federal Beavers of Investigation (FBI, for short). Originally a fox, Agent Murder has been raised by beavers after his family has been abducted by "a strange light in the sky." Agent Scurry is a pedantic skeptic of almost everything. Her famous quote is "What does the Fox say?"

28th JANISSARY BRIGADE (moderate-to-play) Sailing from the Middle Sea, the ases of the 28th Janissary Brigade arrive at the scene of the crime. Originally from the Avian Kingdom, Hatun Rolexana was kidnapped into the harem when she was young. She seeks to capture the attention of the Sultan by solving this crime and earn a name change to Hürrem. Leading the bugs of the palace, Captain Gürgzadeh can sniff out clues better than anybody else. But really, in his heart, he is a lupus of musîki.

SPRING AND AUTUMN MAGISTRATES (moderate-to-play) From the faraway lands in the East, the territory of the dragon takes notice of this mysterious murder. Daughter of a criminal mastermind, Lin Tang is using her intelligence and resources to fight crime. One day, she hopes to face her arch-enemy, her father, Phu Manchu. Before traveling to the Avian Kingdom, she enlists the help of Charlie Phan, a renowned detective who immigrated to the Island of the Volcano a long time ago.

ZOOKHRANA (hard-to-play) From the snowy lands of the north, the men of Zookhrana arrive with their coats and vodka. Bearis Akunin is a crime author who turned into a detective. He enjoys criminal cases that have twist endings. Perseus is a mysterious and silent spy with a hidden identity. He (or she?) is cunning, intelligent, deadly, and a little megalomaniacal. (I mean, really, who calls themselves a “project?”)

Suspect illustrations are from the book Death and Burial of Poor Cock Robin, by Henry Louis Stephens, 1865. This book is in the free domain and available from Project Gutenberg (www.gutenberg.org)

Other illustrations are from the British Library’s Flickr account. (www.flickr.com/photos/britishlibrary) All works are in the free domain.

Some graphic elements are from freepik.com

Cinzel (2013) is a font by Natanael Gama and available from Google Fonts. Blackadder ITC (2002) is a font by Bob Anderton and licensed from myfonts.com 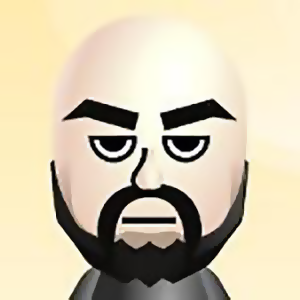