Hello, American citizen! Do you have what it takes to achieve the American Dream during America's Golden Age?

A newfound national identity of consumerism during the 1950s and '60s may have made it look easy, but this was a time of war, nuclear weapons, discrimination and violence, and even illegal CIA mind control experiments.

Never fear! Americana: The Card Game makes it easy to try your hand at the American Dream with a historical take on issues such as race, gender, socioeconomics, and more. But of course, even in the land of the free, some of us have advantages over others...

The goal of Americana: The Card Game is to achieve the American Dream. This is done by playing a sequence of cards over the course of the game with a total net value of 10+ points. There are a variety of cards from different categories such as Race, Gender, Government, and so on, with different positive and negative point values—all of which affect your American Dream. On your turn, you draw a card and play a card. You must play a card toward your American Dream every turn, even if your hand contains only negative-value cards.

Americana: The Card Game includes 90 unique illustrated cards (such as “The Red Scare” or “Pop Music”), each with descriptive text explaining its historical context during the mid-20th century. Most cards also include an action that takes effect when played and represents the real-world historical impact of that card’s subject matter.

In addition to the primary point-value cards that make up the majority of the deck, there are Demographic Cards, which designate players as “White”, “Male”, “Heteronormative”, and “Upper-Class”, and grant those players bonus cards throughout the game. This demonstrates how different forms of social privilege benefitted certain groups of people during the 1950s and ‘60s (and today).

Americana: The Card Game is a straight-forward and fun crash course in U.S. mid-20th century history. It opens up discussions about intersectionality and the premise of the American Dream, and you’ll likely learn something new every time you play! Great for parties and the classroom.

"The game is as much fun as it is educational and I highly recommend it as an engaging eye opener." 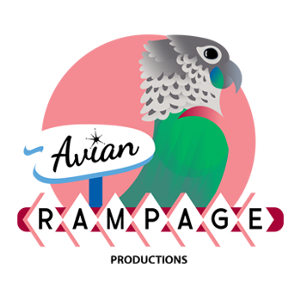