Spell and steel clash for fame and freedom! Battle your friends to be the last one standing!

Welcome to Arena: Grand Champions, a turn-based strategy brawler that can be played by up to four people. Become one of four different gladiators, each with unique abilities and play styles, and fight against both your friends and the challenges of the Arena to be the last one standing and become the next Grand Champion.

Once the players have chosen their Gladiator and their starting point, the contest begins! How the game plays out largely depends on the choices of each player. Players will make alliances, betray trusts, run, fight, and die for the glory of the arena! If a round passes without any violence to satiate the crowd the crowd will demand blood! To keep the people happy, cheering, and gambling, the arena master can activate various traps and unleash vicious beasts to keep the contenders on their toes. Each gladiator has specific maneuvers and actions that make them uniquely dangerous. Will you pick off some goblins from a distance with the Assassin, bend the minds of your foes with the Enchantress, deflect incoming attacks with the Soldier, or charge head first into a Minotaur with the raging Barbarian? No matter what happens, you must do whatever it takes to be the last one standing and win it all!

The players will all pick their gladiator of choice and place them in a starting area. Each gladiator has a set of free abilities including movement, defense, recovery, and basic attacks. In addition, each gladiator has 3-4 special “Maneuvers” they can perform at the cost of energy and a short cooldown. Every turn, a gladiator can take up to two basic actions or a basic action and a Maneuver. Gameplay begins with just the gladiators going up against each other in turn-based combat. Play continues in a circle until a full round goes by and no player takes damage. At this point, a random event card is activated that can activate traps, summon monsters, or drop potions on the field. These events can greatly alter the field of play and players can adapt their playstyle to survive or finish off their opponents. The goal of the game is to be the last player standing on the arena floor. A big gameplay mechanic in the game is the freedom of the players to make their own choices as to how to succeed. Players can team up with each other to tackle a bigger threat, stay on the move to avoid damage, betray the same allies they made earlier, and much more.

Challenge yourself with a single player game mode where you face down every threat in the game from goblins to spike traps to other gladiators (and sometimes a combination). Test your endurance with each round being more difficult than the last and make choices along the way that could help or hurt you in this challenging twist on the traditional game-play.

We also offer a pack of dual dials that you can replace the character resource cards with. The dials are not required to play the game and are just an alternate way to track health and maneuver points that would eliminate the need to use the resource cards and the plastic slider clips. You can find those at the link below.

PLEASE NOTE: 3D miniature figures shown in videos and promotional material DO NOT come with the purchase of this game and are not currently available. They were special rewards for our Kickstarter backers and are not being made currently. If you would be interested in purchasing a set of miniatures, please shoot us a message on our website or on social media. If there is enough interest, we could do a limited run of the miniatures. 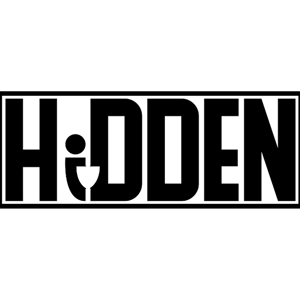