Steal the paintings. Don't get caught.

Four of the world’s most valuable paintings are in one museum. The master thieves Black Fox and White Tiger are teaming up to nab them all in the heist of the century. And if they have the time, they may just steal some plants as well.

Art Thief is a fast cooperative game for two players or solo play.

Each turn you draw and play a room card, then move your thief. Each room is building two maps: one that the Black Fox can navigate (black & grey), and another that the White Tiger can navigate (white & grey). If you play a card that has the same item on it as two other cards already in play, one of those two cards gets flipped and is no longer accessible. Build and navigate a shifting map as it collapses in around you.

Can you complete the heist before the guards close in on you both?

Art Thief comes with an easy mode for learning to play the game, a hard mode for master thieves, and some optional rules (below) for spicing up the gameplay.

A fast, strategic, cooperative game that fits in your pocket?

How do you play Art Thief?

Set the Score Sheet aside. Put the Start Room in the center of the table. Shuffle the 4 Guard cards and 18 Room cards separately. Place the Rooms atop the Guards to form the draw pile.

The players pick their pawns (black or white). Players place their pawns on the matching start spaces. The Black Fox goes first.

On your turn, draw a card and place it face up next to any room so that the spaces line up (you may rotate the card if you like). Then move your pawn up to 5 spaces (non-diagonally).

During that move, if the thieves stand on the same item on different spaces, they steal it. Place a marker on that item on the Score Sheet.

Then if the Room or Guard played this turn shows the same painting or plant as two other rooms in play, choose one of those two rooms and flip it face down (either direction). It can no longer be entered or used to get items. A thief still in the Room stays on the same space, loses that item, and must re-steal it elsewhere.

The thieves win if they steal all the items on the Score Sheet before the 4th Guard is played.

Here are a few additional rules to increase the challenge of the game. Try two or more at a time to really challenge yourself. Happy Heisting!

Choose Wisely: Do not add the Guards to the deck. Players draw 2 cards and choose one when placing. Discard the other. When the deck runs out, shuffle the discards and put the Guards at the bottom. If you draw a Guard, you must play it.

Silence In The Gallery: Players must choose where to place their room without consulting the other player.

Tread Carefully: You may only move 4 squares per turn instead of 5.

Solo Play: Play as both thieves. Be sure to remember which thief you are moving that turn!

State of the Art Security: When a room is revealed to have the same painting or plant as another room, you immediately flip one of the other two rooms BEFORE moving!

Review by Wesley Jones: A small gem of a game 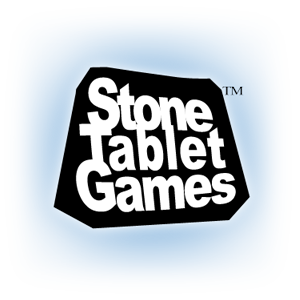