Choose your faction. Choose your heroes. Lead your troops to victory!

On an alternate Earth where people have superpowers and the fastest mode of transportation is a steam powered dirigible, two rival empires battle for their nations' honor. Will you side with the fierce Queen's Army of Britannia? Or the colossal Industrial Union of Prussia? Command Britannia's army of beast masters and their loyal followers, or organize an assault using the mechanical wonders of the Prussians to defeat the opposition's heroes and win the day!

Assemble your command team of heroes to fight your opponent’s forces. Your government has sent you limited supplies and reinforcements with which to defeat your enemies. Attach helpful equipment to make your team stronger, sabotage your enemies with well-timed events, and use the aid of reinforcements to back your heroes when they are wounded. But beware. Rogue super soldiers and pirates are waiting in ambush, and they will attack whoever looks strongest. If all of your heroes fall, the battle is lost, and your opponent wins the game.

Battle Decks is a two-player, tabletop card game that takes approximately 60-90 minutes per game. This edition of Battle Decks is based on The Multiverse Chronicles: The Trials of Blood and Steel.

IMPORTANT: This is the basic edition of the game, and does not come with dice or counter tokens. A two-page rules document is included with the box that does not have pictures included, however, there are three free PDFs (Full set of rules, printable tokens, and glossary of terms) which may be downloaded to enhance game-play. This version is meant for players who already have their own dice and prefer to use their own tokens, or who simply wish to have duplicate hero characters on their team. If you wish to purchase a set with dice and tokens, please see Battle Decks: Trials of Blood and Steel - Deluxe Edition.

~Thanks!
Stephanie and Isaac Flint 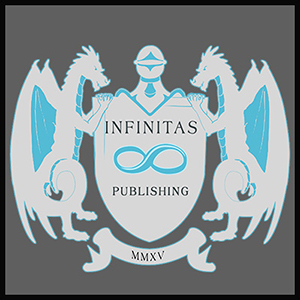