You must reach Earth; your enemies must not. In a light-speed dogfight, you must prevail.

Earth, your distant home planet, is at risk. It's fate rests in your hands.

You command a spaceship racing from Sirius to Earth to engage the enemy faction at your homeworld. Your ship will turn the tide. Your opponents seek the same, but for the wrong faction.

Battlespace Sirius is a tactical game of ship-to-ship combat in interstellar space. Each player controls a ship represented by a poker-sized playing card. Ships have Shields, Weapons, and Power. Players maneuver, seeking to exploit weaknesses and small advantages until only one vessel remains. Strategy and luck (there are dice) both play a role.

Battlespace Sirius is a fast, portable game, playable anywhere you can fit a card for each player with room to roll up to 4 dice.

A two-player game can be completed in less than 10 minutes. Six players can take up to 30 to 60 minutes. With relatively simple rules and constantly evolving strategic options, each game is different. Defeat your opponent(s) in the vast dead of space to save humanity's home planet from tyranny. 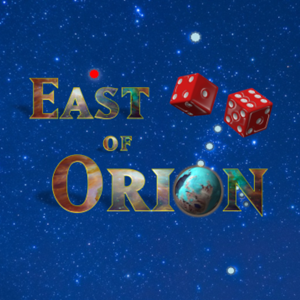