Be the first to light your Menorah!

Candle Quest is a fast-paced auction and set collection game for ages 5 and up.

You and your fellow players each need 8 different colored candles to light your Menorah. Some you can buy. For others, you can’t afford to pay full price; you may have to sell or bargain for them. Be on the lookout for the highly valued magical dancing candles, but watch out in case one of your candles burns out! Will you be the first to collect your candles and light your Menorah?

While the theme features a Menorah related to the Jewish holiday of Hanukkah, there is no religious content in the game.

Please note that media reviews and the How to Play Candle Quest video further down are of a previous edition of Candle Quest, with slightly different components; the gameplay is the same.

Candle Quest is a lightly-themed set collection and resource management game that features an assortment of dancing, waving and sad candle characters. It is a fast-moving family board game for 2 to 5 players ages 5 and up and takes 30-45 minutes to play.

The game will appeal to experienced gamers looking for a quick strategy game as well as parents and teachers interested in an original game that relates to the Jewish holiday of Hanukkah. There is a complete lack of original entertaining games with Jewish themes beyond a few simple roll-and-move or trivia games for children. Candle Quest breaks new ground as the first and only designer game for Hanukkah intended to be entertaining for adults but playable by all members of the family.

Unlike most "children's games", this game is a solid light Euro strategy game, and extremely enjoyable for adults, with high replayability. The game is nevertheless easy to learn, friendly, simple to teach, has kid-friendly graphics, and has a quick learning curve for younger players. My seven year old was regularly able to play competitively with me.

Draw a card, and then buy, sell, or auction the card. You can also buy a card from someone's discard pile. The game is over when someone collects all eight colored candles (each candle color also has a distinctive candle shape, so the game is playable by the color-blind), and the winner is either the first to complete their menorah (basic game) or the player with the highest value collection (advanced game); and there is a simplified variant for younger players.

The fun comes from choosing which option to take on your turn, and how much to set the auction price. You can try for a quick win by buying all the low priced cards, you can sell cards on your turn and hope to pick up cards on other players' turns, or you can try acquire the highest priced cards with the most cash remaining.

The artwork may make the game look like a children's game, but rest assured this is the same great game that is enjoyed by nearly every adult who has ever played it. Candle Quest is a great gateway game: simple to understand, simple choices on each turn, a balance of skill and luck, complex strategy options, lots of player interaction, an evolving story-arc, no player elimination, quick game-play, and appealing to all ages, genders, and religions.

However, for those of you who think this is just a kid's game (from the colorful pretty graphics), I've played the game upwards of a hundred times or so, and while it doesn't have the depth of Chess, it has a surprising amount of depth for a game with such simple rules.

In the first few games, you manage your money to acquire the candles you need. Then you begin to think how to prepare for the bad candles. Then how what you throw out or auction could help others (some people track the candles that other people collect). Then you start to track the cards that have been thrown out so as to know when you need to compete heavily for a card that is now in limited supply. You reassess the value of the dancing candles because of how they help you in the end game.

When you move to the advanced game, you try to balance the quick acquisition of candles vs the points on the candles. You consider the money and value how much you actually gain and lose each turn with your acquisition, while also considering the three point ending bonus.

The game is not just about the cards you draw; it is about the choices you make - flip or loot a card, buy, sell, or auction the card, and if you auction the card, for how much? But it has enough random elements to make it possible for younger players to complete against their elders.

“The artwork is fantastic! It’s colorful, it’s cute, and it’s really going to appeal to families, and because of its Hanukkah theme it’s going to have a market amongst people who might not have tried it otherwise, and I think that’s great. The game itself is really a pretty good filler, it really is, it’s just fun ... I like Candle Quest and I recommend it.”

The DiceTower Review of Candle Quest by Tom Vasel

“We found Candle Quest to be a very enjoyable family game experience. It has appeal to all ages and every game is a bit different. There is both luck and strategy involved, but nothing complicated. It's the type of game that you want to play again and again, and that is a compliment that any game player likes to hear.” _ Toys Bulletin Family Game Review: Candle Quest – Collect Eight Lit Candles to Win_

"Candle Quest is a delightfully fast, light, and simple bidding game perfect for introducing children to the genre, as well as new family and casual gamers, while still offering some depth for experienced players to enjoy.

Cutesy art aside, Candle Quest is not just for kids. It also works as a sophisticated filler – primarily because it’s also a game of hidden information.

The illustrations are cute and imaginative. When my 6-year old daughter first spied the animated menorah on the box art, she immediately beamed, ‘I want to play the Beauty and the Beast game.'"

“Candle Quest is fun, rewarding and a lot more family-friendly than the quest for body parts of the original.”

Drop that dreidel! A grotesque game that reinvented itself with cute Hanukkah candles, HAARETZ

"For us, Candle Quest really hit the sweet spot of a fun, easy to understand game which nonetheless rewarded careful planning."

Board Game Geek Review of Candle Quest by Cliff Churgin

“Candle Quest is a gateway game with crossover appeal to non-gamers and easy for kids to play, but a real solid game for Eurogamers and adults.”

Theology of Games: An Interview with Yehuda Berlinger—Designer of Candle Quest

A cool, different type of theme, it’s just fun - I like Candle Quest and I recommend it. 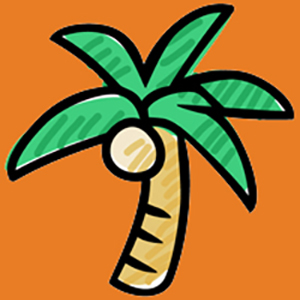