The designer has designated this game as 'not for sale' at the present time.
Not enough Gem, Red in stock.

Enter the gritty underworld of the Mob.

Starting as a nobody with a couple grand in your pocket, you must fight and scheme your way up through the ranks of the New York mafia with the goal of becoming Caporegime; the Captain. As an Associate and then a Soldato, you'll experience the brutality of mob life and the risks required to be successful. Avoid prison while building your criminal empire, pad the boss's pockets, defend your territory, and eliminate your rivals, but be sure to shade your criminal patterns as the others will be digging for evidence to get you whacked. Be the first to earn the title of Caporegime and win, or be the last player standing to claim victory.

Caporegime is a game that can be enjoyed by experienced and inexperienced gamers alike, and with life changing twists of fate, it's anyone's game up until you meet your bitter end.

Game Play Overview
To begin, each player chooses 1 of 10 Caporegime cards to determine the Capo (Captain) they are working for. This card is kept secret from the other players. As you move your pawn around the board you must organize crews to commit crimes in your Capo's territory, but you gotta be sneaky about it. If your criminal activity leads back to your Capo, the other players will rat you out, and you'll get whacked (eliminated from the game). Along the way you'll be charging protection payments, gambling, engaging in Risky Business deals, negotiating, and dice roll fighting with other players, but make sure to pay your Collection payments on time or your Capo will start cutting off your fingers. Lose too many and you get whacked. Be the first to earn 3 promotional rings and achieve the title of Caporegime to win, or be the last player standing to claim victory. 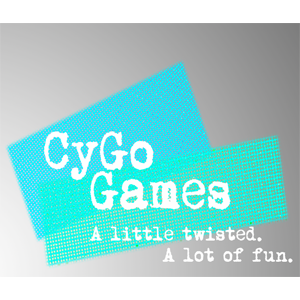