CARDTROPOLIS IS NOW ON SALE AT WWW.SKYHAMMERSTUDIOS.COM. Come check us out!

Super Heroes gather, the clock has struck midnight and Cardtropolis is under attack! Led by fearsome bosses like The Machine and Penny 2020, these Super Villains along with their loyal minions are taking over midtown. The citizens' hopes rest with you. Your task is to use Super Heroes, Sidekicks, and Specials to capture all of the Super Villains, Minions, and a Crook or two along the way. The safety of Cardtropolis is in your hands!

Download the game rules for free. The rules link is available at the top right-hand side of this page along with reference card downloads.

As a player, you have the task of capturing the city's most powerful Super Villains. Capture them outright by using Super Heroes and Sidekicks or by revealing the Crook when solving a mystery. But keeping your captured Super Villains from the clutches of other players will be a challenge. Once all Super Villains are captured, the player or team with the most Super Villain Power Levels wins the game!

Play Cardtropolis as FREE FOR ALL, which is a player vs. player session or multiple players competing against each other. In addition, you can play in TEAM mode. This is a 2-person vs. 2-person game played collaboratively. Teammates play cooperatively with each other to defeat the other team. Players start the game with 4 or 5 cards, which they play once per turn. The first three categories will make up a players hand, while the Mystery cards are placed on the side, face-down.

Capture the cities most powerful Super Villains to win the game. While the Bosses garner the most Power Level points, their minions are easier to capture and are most numerous.

Empowered, Enchanted and Mutant Super Heroes are at your command. Play them on your turn to capture Super Villains from the playing area:

Sidekicks are a Super Heroes secret weapon. Play them to Power-Up Super Heroes or discard them in threes for the chance at revealing the Crook card.

Target other players with Specials. But be on your guard, as you may need to defend yourself from others using them against you!

Use a Mystery Hero or a triple discard, for a chance to reveal the Crook. Turn over the Crook card to solve the mystery, awarding you with one Super Villain from the playing area. Download the game rules for free. The rules link is available at the top right-hand side of this page along with reference card downloads.

Thank you so much for visiting our Cardtropolis page!

Skyhammer Studios develops unique card and board games for families, young people, and kids. Our mission is to bring families closer together through shared experiences and fun. We are creating three superhero-themed games, with the first being Cardtropolis! 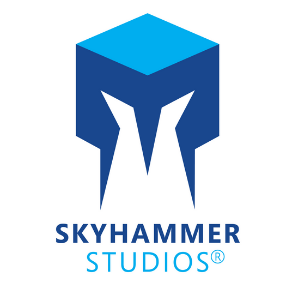