CHAMPIONS OF ARVAYDEA TM (pronounced ar-VAY-dee-uh) is a deluxe 102-card, medieval-style, multi-mode, boxed card game where players put together combo attacks to slay enemies for points, kills, treasure, to stay alive, or just to prove their might!

Players are Arvaydean Champions TM, who fight to secure the castle from invading enemies and creatures--or who participate in tournaments, against each other, for glory & honor!

The game is great for those who:

Everything you need to play--including 32 red Wound tokens, 1 orange Turn Marker token and rules detailing each of the different modes--is included in this deluxe 102-card boxed set!

Portal, Swords, Gold Bags & Axes illustrations used under license from Gold Crown Games. Their awesome creations can be found on thegamecrafter.com. Character illustrations used under license from Forrest Imel. Forrest Imel is a freelance illustrator/concept artist working in the games industry. He has worked for many companies including Riot Games, Wizards of the Coast, Valve, Hi-Rez Studios, and more. No endorsements implied or received.

Doug Kendall (Game Creator) is a fantasy & sci-fi fan, and a hard-rockin' drummer & singer, who gets a lot of joy from creating things that others find entertaining and useful. 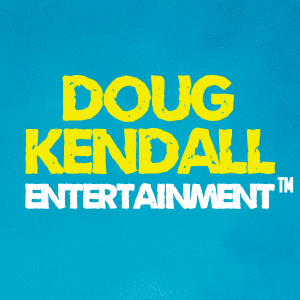