Self aware Clones compete to escape the lab

You have become self aware.

You are a non-distinct clone created and trapped in a lab, you realise you must escape.

Hunted by the killer Cleanser, unleashed by the scientists, you must first download a personality and clothing before finding the exit to safety.

Only one Clone will escape.

In Clones each game is different, explore and search the lab, teleport around and manipulate the priority of turns in order to maximise your control of the deadly Cleanser.

Video of Clones first prototype being enjoyed during PAX AUS 2019

Premise and Aim: Each player takes the role of a vat-grown humanoid clone that has become self-aware. Becoming self-aware the Clone realises it must escape from its laboratory home. The aim of each player is to explore the lab looking for the exit. But before the clone can escape it must first download a personality and find some clothing. In game terms, each Clone must locate a First Name, a Second Name, and an item of Clothing and then make its way to the Exit.

The Hook: The main hook with this game is that there is essentially only one real enemy – whilst Clones can hurt other Clones, the main danger comes from the Cleanser and in this game the Cleanser is also controlled by the Players.

Strategic choice of Priority in each round will enable players to maximise the damage or avoidance of damage by the Cleanser. Depending on who is the Cleanser Controller going into each round, the result of the Priority roll-off, as well as positions in the lab, could mean the Cleanser can activate numerous times per round.

Gameplay in a nutshell:

Once set up is complete, each Clone starts in a separate room in a Clone Vat, one Clone will also receive the Cleanser Controller Marker at this point.

The Lab must be explored to find the Exit which will be one of the last few rooms found. Gameplay is performed in a series of Rounds. At the start of the Round players roll for priority of their particular Clone’s turn within the Round.

In each Clone’s turn a Clone has a number of Actions they can perform such as Move, Sneak, Search etc. Here is a non-exhaustive list :

The Lab has a variety of rooms and availability of items as the Clones explore. The Clone’s must “download” Personalities and find clothing as they search for the exit and avoid the Cleanser.

The Cleanser has its own dashboard and characteristics. It wields a number of scanners and weapons that are utilised during the Cleanser Activation phase – which is a bonus last “Action” of the Clone with the Cleanser Controller Marker.

Cleanser characteristics (Scan, Move, Energy) will change turn to turn and the attack and targeting options will also be different each turn, keeping the Clone players on their toes.

There is no player elimination, if destroyed, Clones return 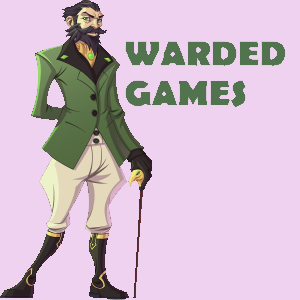