The Game Crafter's mascot Cog was first introduced in 2011. Since then he's been a staple on our site, social media, and our booth at trade shows. 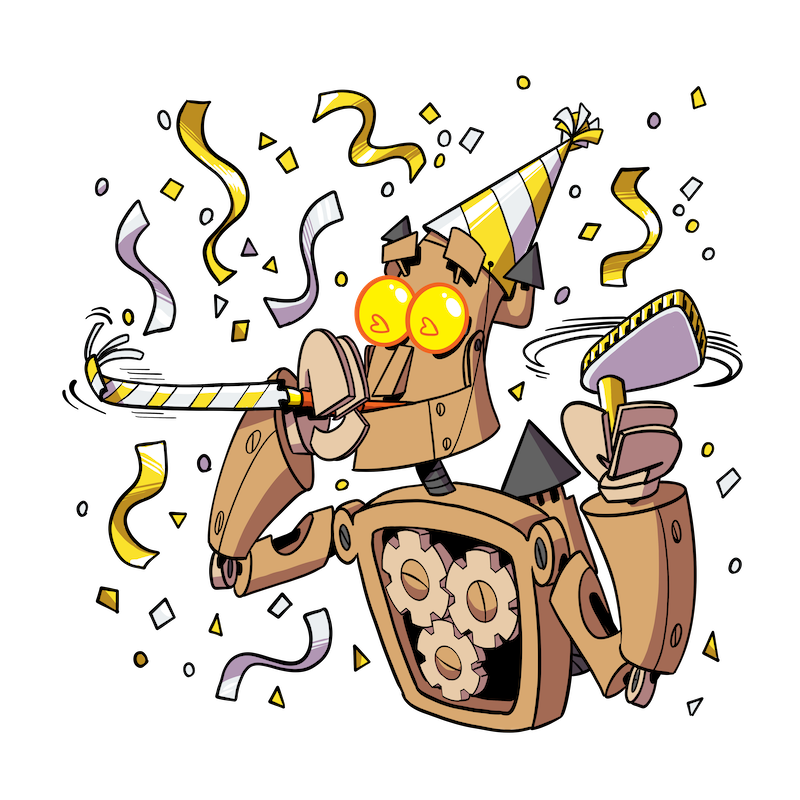 For his tenth birthday we thought it only fitting to do something to commemorate our love for him, so we built this deck. 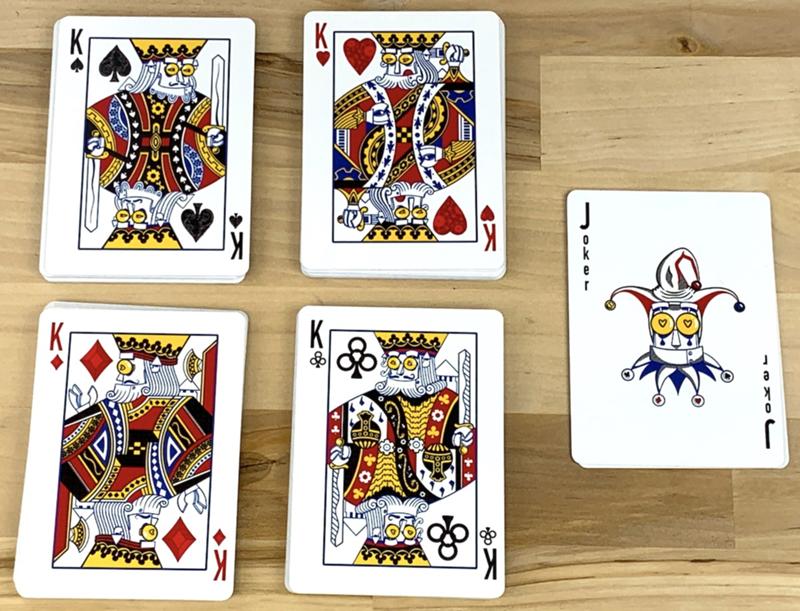 Every card in the deck is built to look like a traditional deck of cards, including all the weird rules about how to dress the royal court for each suit. However, all the royalty and the joker has been replaced by Cog! Each suit has been crafted to initially look like a traditional suit, but upon closer inspection to be a bit more steampunk. Have a look at the example below to see if you can spot the details! 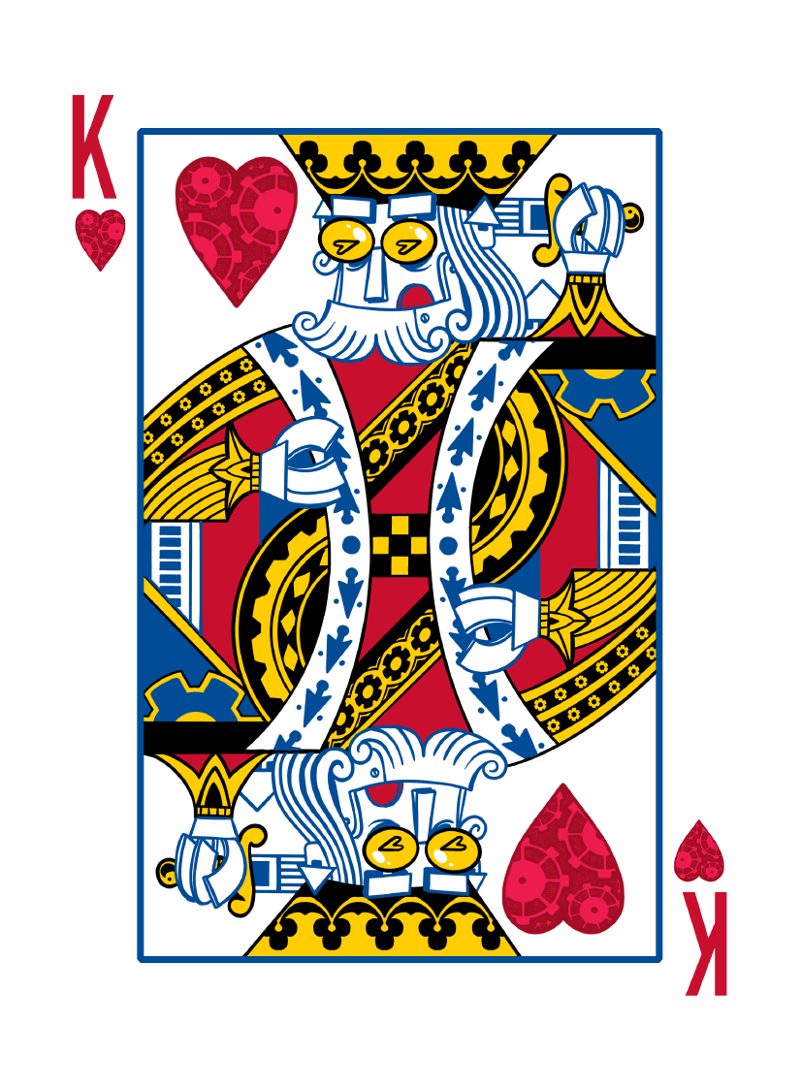