COMPOUNDIT! is a word game in which the “letters” are chemical elements and the “words” are compounds. The rules of the game strive to balance entertainment and playability, scientific accuracy, and educational value. The target audience includes students, science enthusiasts, nerds, and word game fans interested in learning an entirely new “language”. Modular rule sets and expansions allow the complexity of the game to be adjusted to accommodate all players from middle school to PhD--no prior chemistry knowledge required. The style of play is familiar to those who have played other crossword-style board games, and the rules for compound formation come from chemistry itself.

"As a teacher myself, [I] recognized the value the game could hold in the classroom, but while playing it, I also realized that it’s simply a fun game to play in any setting. I initially played it with my wife, a scientist, who also found a lot of enjoyment in brushing up on her basic chemistry knowledge...I’ve also shared it with others outside of the education and science fields who have also found something to enjoy. Ultimately, it’s a game with a broad appeal." -- Joe Praska, twincitiesgeek.com

"There’s not much new here in terms of gameplay, but that’s not the point. The point of CompoundIt! is its educational value and effectiveness as a learning tool. It’s also quite fun for science nerds! I have to admit I had to dust off some areas of my brain to play. My wife, a Pathobiology major, had no problem with a dusty brain. Guess I won’t be playing with her anymore!" -- Rob Kalajian, A Pawn's Perspective

"A great educational tool - ten out of ten" -- Eric Schwartz, The Mighty Meeple

Art and design by Melissa Lyman 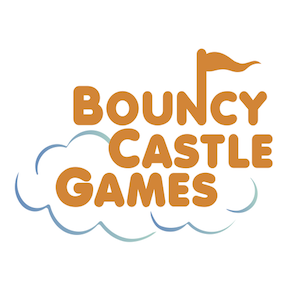