A fast paced action packed card game where you can be the law or break it!!!

Cops and Robbers is a fun 2 player game where you can play as either the Cops or Robbers. The game board is made up of 4 locations that come out of a 24 card Location Deck. they range from a dirty subway car to a money filled casino, all waiting to be robbed by the Donahue Gang.

The Robber uses his 7 card hand to infiltrate and occupy these locations. If they occupy them for the number of turns required, they can escape with the loot.

The Cop uses his 7 card hand to defend these locations. The Cop can either occupy them himself to protect them or attack the locations already occupied by the Robbers.

The Cop comes in with strength in numbers, but the Robbers have plenty of tricks up their sleeves. Both sides have Action card in their hands that allow them to influence the outcome of any attack.

Action cards such as "SCAPEGOAT" and "SMOKE BOMB" allow for the Robber to try and get away unscathed with loot in hand, while strong attack cards like "ROAD BLOCK" allow the Cop to strike hard and make arrests.

To win, the Robbers have to steal 24 pieces of loot from the locations, while the Cop can win by making 24 arrests or by blocking the robbers ability to steal 24 loot by the time all of the locations have come out. One of the best mechanics of the game is the Cop physically gets the Robber Unit cards as arrests. The more arrests the Cop makes, the harder the Robber game gets.

But all is not lost....with every win of a location, a player is awarded an Event card, and these cards can change the whole course of the game with strong game-changing tactics that block occupations and others that add bonuses to every win. One of the strongest cards is the "RAID" card that allows a player to attack his opponents home base, which is where the loot and arrests that were previously won are kept.

In one fell swoop, the loot or arrests either side worked so hard to get could be gone if they haven't protected their home base well enough. Until that last loot is stolen or arrest is made, its either players' game.

Light strategy, great art, and a huge re-playability make this game a great casual play for anyone looking to have some fun. The easy pick-up and play style and the endless possibilities to win give this game a great replay value, and the clean art work give it a professional finish that anybody will love.
Pick up Cops and Robbers today. You won't be disappointed.

Check out the Trailer


Check out the Demo video for a brief introduction to the game. 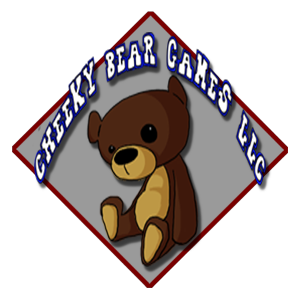