"The Hacker and the insider Admin have planned to finally meet face to face at the monthly office meeting, in order to finalise their plans to blackmail the company.

Amongst a group of regular users, the Hacker and the Admin will attempt to identify each other by using their hidden code word.

However, the company has been made aware of the potential of an inside job and users will be alert and observant for any suspicious behaviour. If their plans are exposed, there will be drastic consequences."

Covert Cues is a family card game for 3-12 players about deduction (secret roles) and secret communication (or doublespeak), revolving around the premise of 2 hidden individuals attempting to discover who each other are by referencing their secret code word without being caught by the public. 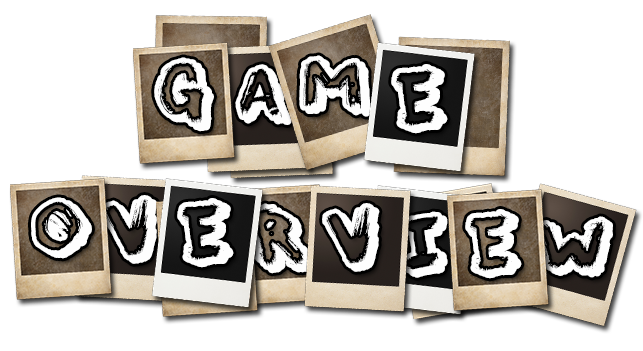 Amongst a group of regular users, there is a secret Hacker and an Admin who are trying to discover who each other are by using their hidden code word.

The Hacker and the Admin must discover who each other are in order to win the game, whereas the regular users must vote one of them out before they can do so.

Every match of the game can consist of multiple rounds.

Each round comprises of 3 phases; 1. The Hint Phase 2. The Voting Phase 3. The Discovery Phase

Each player says a one-word hint or phrase about the public word for the round.

The Hacker and the Admin will attempt to come up with a hint that not only references the public word, but also the hidden code word that they have in common as an attempt to discover who each other are.

For example, if the public word is “Teacher” and the code word is “Musician”, one hint the Hacker/Admin could provide is “Notes”.

In another example, if the public word is “Librarian” and the code word is “Tutor”, the hints for the round could be: 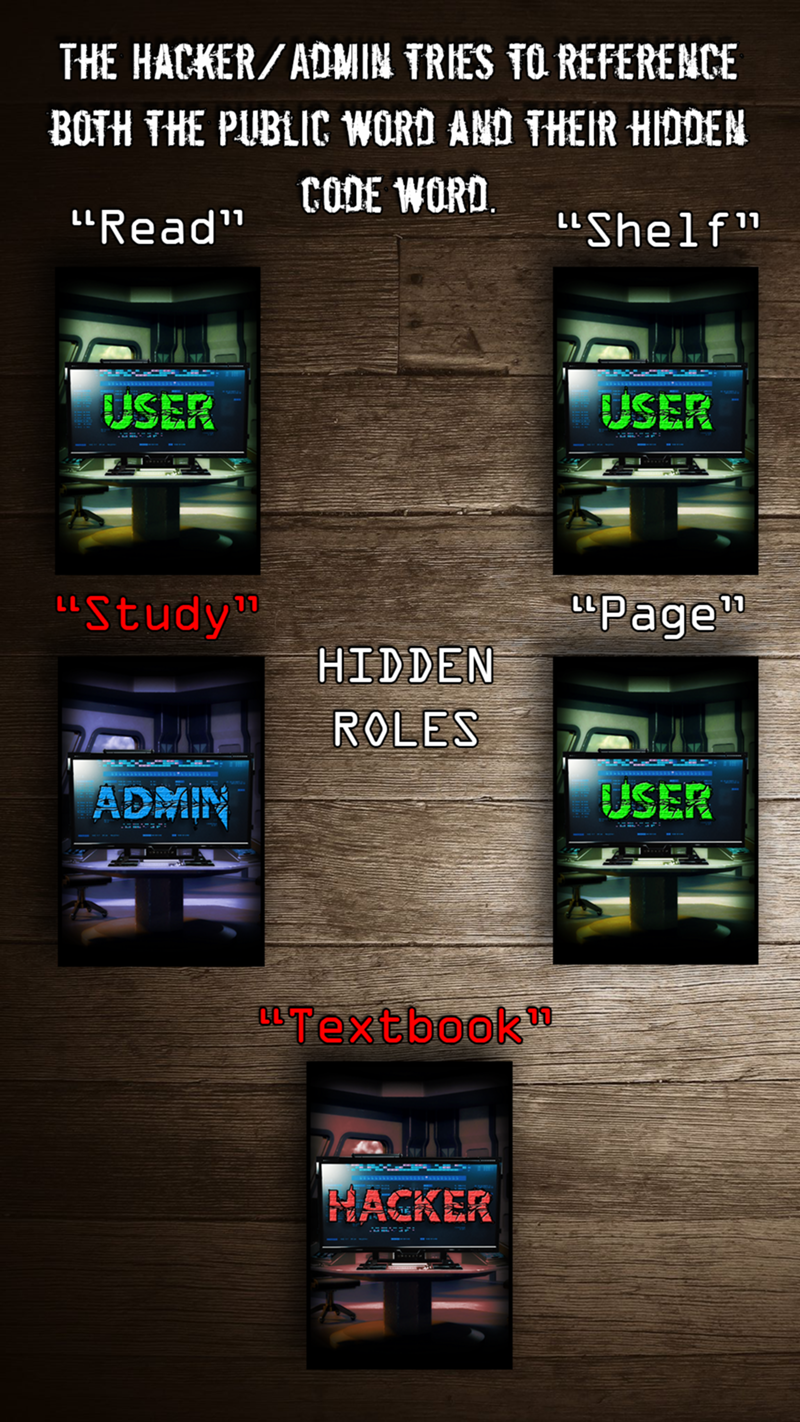 Regular users should avoid giving too obvious hints, since this only helps the Hacker and Admin identify each other more easily.

This phase ends once each player has said one hint about the current “public” word.

In this phase, everyone discusses who they believe might be the Hacker or the Admin.

Everyone then points at who they want to vote at the same time. They can also skip voting by pointing upwards.

Users win if the Hacker or Admin was voted out.

If a user is voted out, the game continues.

This player is not out of the game. They can still discuss and vote, however they do not give a hint during the hint phase from now on to the rest of the game.

In this phase, the Hacker or Admin can decide to reveal themselves and attempt to guess the identity of their teammate. If they succeed in doing so, both the Hacker and the Admin win. If not, the users win the game.

If they do not feel ready yet, they can keep quiet and the next round can start.

This phase is executed by one person acting as a narrator and asking if the Hacker/Admin would want to reveal themselves and attempt to guess the identity of their teammate.

Overall, the Hacker or the Admin must identify the other before one of them gets voted out by the Users. 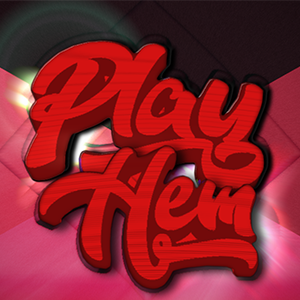