Decode the Secret Word of Your Opponent

Each player uses a dry erase marker to write a secret 5-letter word at the top of their card, then encodes their word as follows:

Above each letter, write the row or column where the letter is found (0-9). Below each letter write a single code: V for vowel, C for consonant or the letter’s point value (#). You must encode at least one of each type.

Each player gives their opponent the ten codes to write at the bottom of their cards. You control the clues.

Players then use the codes to crack their opponent’s secret word. They can attempt a maximum of five guesses. The person who guesses first gains one point. Play until one person has guessed five words. 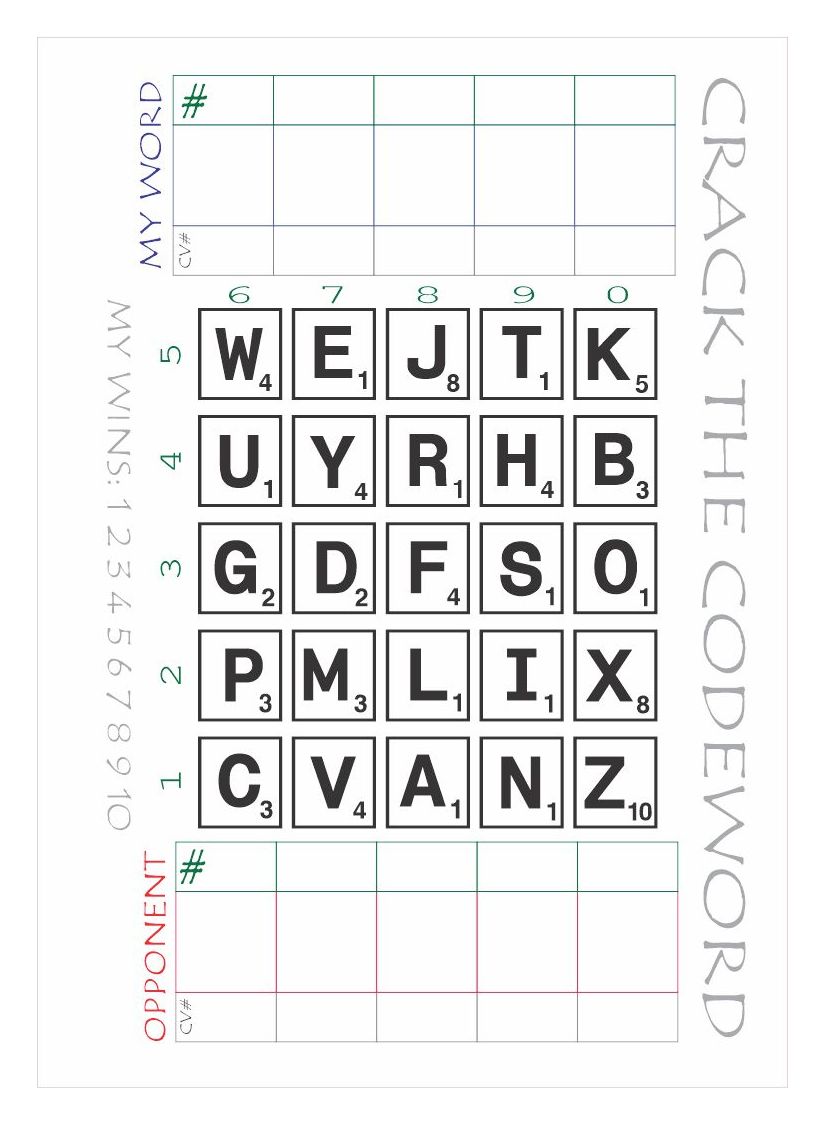 NOTE: The game includes 18 cards. You only need two cards per game, so you can give away eight sets as gifts. 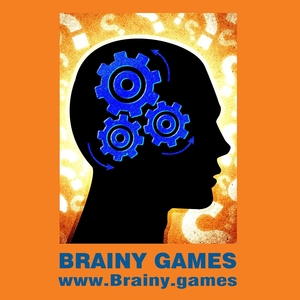