A Fill-in-the-Blank Party game for your RPG Party! Match up cards to create hilarious scenarios!

Critical Fail is the Fill-in-the-Blank party game for RPG lovers. Players take turns as the Narrator who reads a prompt card. Every other player plays a Response card and the Narrator reads them all. After, the Narrator chooses the Response they liked the most and the player who used that card gets the Prompt Card to track who has won the most rounds.

You've seen this type of game before. But now it's full of dragons, barbarians, elves, goblins, and critical fails!

Example Prompt: It's perfectly normal to start panicking when the GM mentions __.

While we would love for you to buy our game, we also want you to know that it will eventually go to a Kickstarter Campaign and be priced a little cheaper. So follow Soulgate Studios on Facebook & Twitter to stay in the loop! 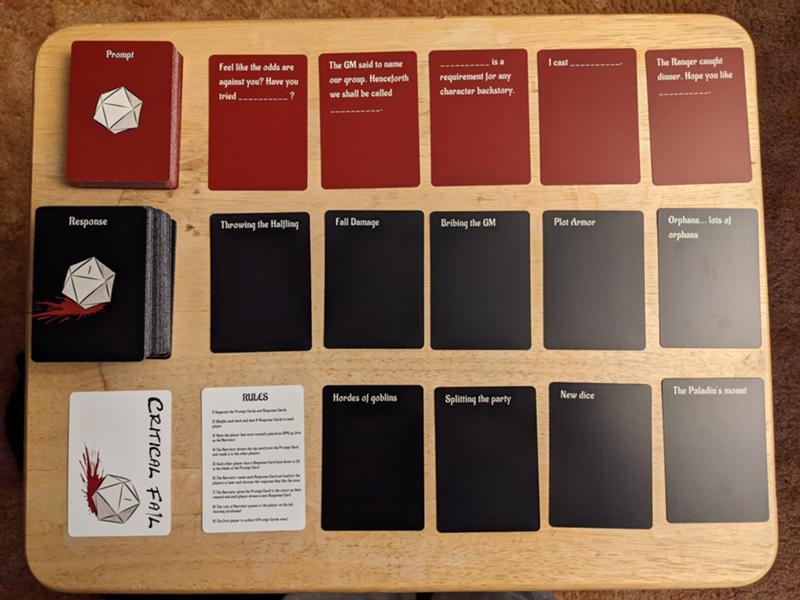 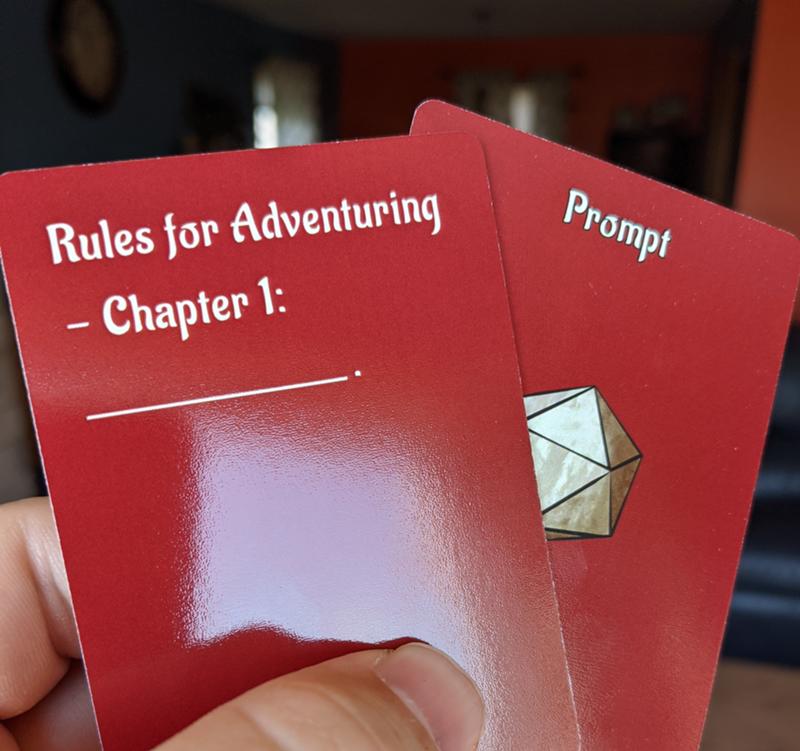 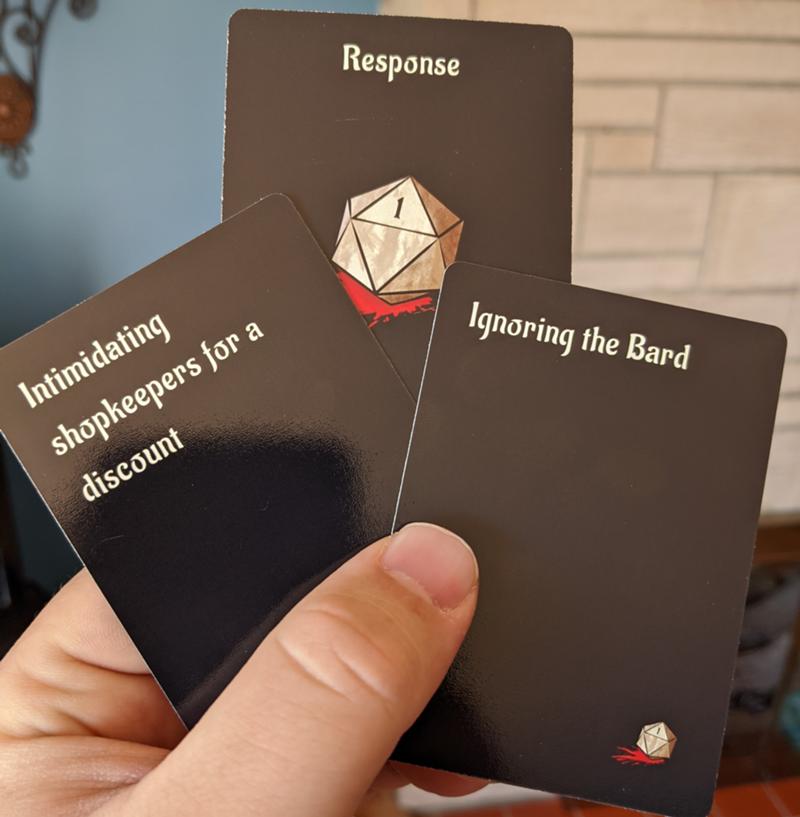 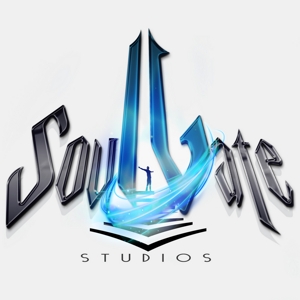