Be the most Cutthroat Ninja! Strategize, attack, & eliminate the target to collect the reward!

In this race to the finish card game, you'll strategize and attack to eliminate targets before your opponents to claim rewards.

Be the first player to build up an attack list with enough hit points to eliminate the target and claim the reward. Choose the next target and begin again until every target has been taken out. The player with the most rewards wins!

But it won't be that easy. You will also have to play your strategy cards wisely - because they can help or hinder you and your opponents.

You might draw an extra card then have your attack list switched around. Or hire a mercenary to block your opponents' paths while they steal your combo attack! You can even join forces with an opponent to eliminate the target - only to steal their half of the reward in the very next round! It's all about being the most cutthroat ninja in the game!

Cutthroat Ninja is a pretty tight game. Simple math and fun combos make it fast to play and easy to get excited.

In the Den Games 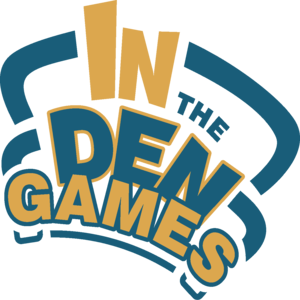