Dynamic, tactical and very competitive enviroment.
Daredevils & co. is a steam-punk fantasy tactical card game for 2-8 players. Lead your army of brightness or forces of darkness to conquer mighty fortresses. Play one of two modes: each against all or all armies of brightness versus all forces of darkness. Massive rivalry and adrenaline from beginning to end of the game. Beautiful, diversified cards offer great variety of tactics that lead to victory.

Objective
The goal of the game is to take enemies' Fortresses. There are the following game variants:
1. The game ends after an assigned number of sieges (2-8 by default). After each siege the score is counted up for every Fortress taken: 3 for each Gigantic Fortress, 2 for each Mighty Fortress and 1 for each Fortress. The player with the highest score after the last siege is the winner.
2. The game ends when a player takes an assigned number of Fortresses.
3. Both scenarios stated above can be played with two variants:
- Deathmatch - each faction competes against the others.
- Team play – bright factions team up against dark factions.

Components
*Faction Cards: 8 cards representing factions that are played by the players are split into 8 factions. On the Bright Side the factions are: Yellow, Orange, Green, and Blue, on the Dark: Red, Violet, Brown and Grey.
*Fortress Cards: There are 10 Fortresses: 2 Gigantic Fortresses, 4 Mighty Fortresses, and 4 Fortresses. The name of the Fortress is followed by its defense characteristics.
*Special Cards: 26 Cards. Before each siege they are shuffled with War Cards and played jointly. They can be used by all players. Most Special Cards are double-sided and offer two possible actions. The player chooses with side to play. Symbols next to the card’s name represent its effects (described in separate Special Cards sheet).
*War Cards: 64 Cards. They constitute 8 armies: 4 of Bright faction, and 4 of Dark faction. The factions include 8 units of 4 types. Background color behind the name of the unit specifies the factions to which it belongs. Units differ between each other with Attack (pistol) and Defense (shield) rate. The bottom of the card specifies attack and defense parameters, which is in use when the card is laid upside down.

Setup
Fortress Cards are put face up on the table, Gigantic Fortresses in the middle, then Mighty Fortresses, and Fortresses on the outside. Games with 5 players or more use up all 10 Fortresses. For games with up to 4 players, up to 8 Fortresses are used. Players agree at the beginning how many and which Fortresses they will use.
Players draw faction membership cards. In team play the players should split up into 2 teams of equal size (Dark Team and Bright Team); if there is an odd number of players, one of the teams will by larger than the other. Each player lays his or her faction card face up so that other players can see it.
Deck of War Cards should exclude the cards that belong to factions that are not played in a particular game. From the deck of Special Cards 3 cards per player should be drawn. The remaining cards will be shuffled to be used in the next siege. The drawn cards must be shuffled with the deck of War Cards. Then, all cards are distributed in equal number (11 for each player). The dealer starts all rounds of siege one. The following sieges are started by the players to the left.

Rules
Each siege consists of 11 rounds during which the players lay cards one after another attacking the enemy's Fortresses or neutral Fortresses in an attempt to take them, and defending their own. From the obtained cards each player chooses 3 that are held for a round, and the rest are laid face down in front of the player on his or her left. Once everybody has decided, respectively each player in round plays one card. Once all players have played a card, the round ends. In consecutive rounds, the players pick the cards obtained from the right side and decide which 3 they want to hold for a round from 2 held in the previous round and from those that have been obtained. At the beginning of the ninth round, each player should include the last obtained card to the 2 already held. From these 3 cards one card is played each round until all 3 have been used up. In the last round the player must use a card if he can, even if it is disadvantageous. If the player cannot use the card, it is laid face up in front of the player.

Then attack and defense begin...

"There were many aspects to this game that I enjoyed" 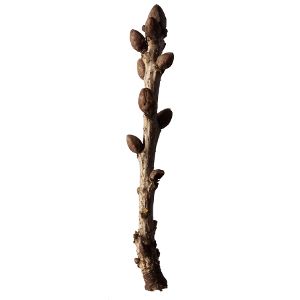