Go full commando by blowing everyone & everything up in a colossal battle set the 80s! 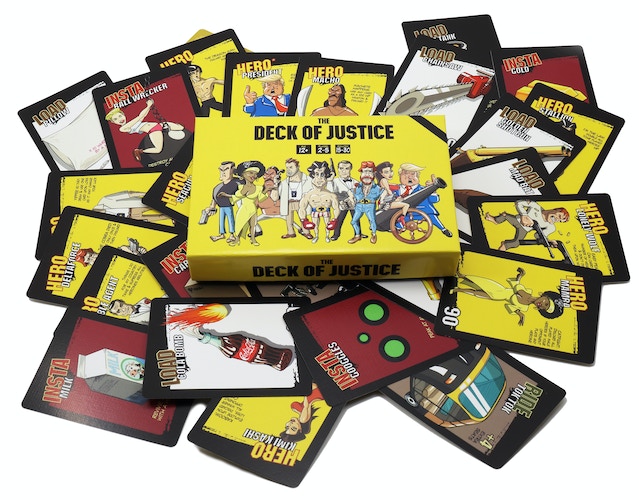 The Deck of Justice is a ridiculously frantic, yet highly tactical, hand-drawn card game for 2-5 players. Players take turns striking one another (with fully loaded heroes, armored vehicles and bulging biceps) in a series of quick cowboy standoffs until there is only one survivor.

The game is basically a parody of all the (weird) stuff we love about Japanese cartoon...with a Tarantino-ish homage style to the 80s (and 70s)...encapsulated in an outrageously fast-paced card battle mechanics. It takes 2 minutes to learn and a lifetime to explore over 7 billion combinations of different combos and strategies. 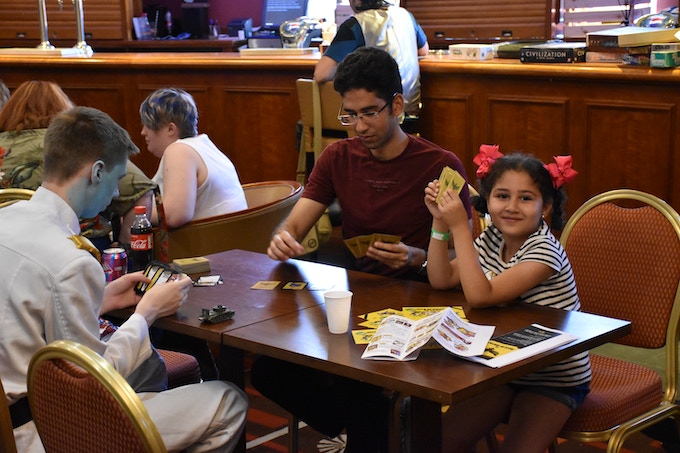 HOW IT WORKS: ENTER THE DECK

First, get your deck out, shuffle it and deal 7 cards to each player. Then, start taking turns striking one another. One by one, players will get destroyed until only one survives. This is your winner.

There are 72 cards within 4 categories in the core deck:

Now that you know what's in the cards, let's see how to take turns. Basically, each turn is a cowboy standoff between 2 players (striker and defender), where there is only 1 winner. There are 4 simple steps for that: strike, battle, execute & loot. Want more details? Okay...

In your turn, you basically select some heroes from your hand, load them with some powerful weapons and choose the right ride to grab more heroes (and hence more and more powerful weapons) then choose an opponent to strike. (one day they will have their revenge, so choose wisely!)

What makes things interesting is that your opponent will not know what hit them, because attackers show only 1 card and hide the rest (yeah, we got that from poker). This creates interesting and extremely fun and unpredictable moments of prediction, anticipation, planning and even decoy-setting.

Now the attacked player need to respond with a defense force from their hand of cards as well. After that, all played cards are revealed and the battle starts.

Each hero has a special ability that you execute in each battle (rage). This is where you get to set up some ridiculous combos.You will see things like cheap chopping weaker opponents, self-destructing upon loss, seducing enemies, using your friends as catapulted weapons and much more crazy stuff and endless variations that will keep surprising you in every turn.

After executing these powers, the total hp of each side (attacker and defender) are calculated (or what is left of it after the raging phase anyway). The winner is the one with the higher total hp.

Things are never that straightforward because anyone can play an Insta action card now, which can affect the battle outcome by bribing, stunning or even destroying a card.

To end a turn, the winner takes his played cards back (except loaded weapons as they are not loaded anymore of course) and the loser takes nothing (lose all played cards). They both then take 1 card each from the draw pile.

If at this point anyone is out of heroes, then they lose and are out of the game. Players continue taking turns clockwise, following the striking/defending/interrupting pattern until they are all demolished but one, who becomes our winner.

So get ready the most fun you can ever have...with a deck...

The Deck of Justice!

THE DECK IS THE WORD: REVIEWS & PREVIEWS

“Very cute game. I really enjoyed the art style! Does anyone remember that show on MTV where clay-mation version of celebrities would fight, Celebrity Deathmatch. Thats what the art reminded me of.” tabletopgamegal

“Hey guys, have you seen this fun little card game? I really love the awesome and funny artwork!” diespieledinos

“We really enjoyed playing Deck of Justice! it was really fun. Sometimes we laughed really hard at some hero/weapons or insta cards combinations! After a few rounds I suggested the co-op mode, but nobody wanted to team up, they all kinda wanted to play against each other for revenge” Pibo_boardgames

“Fun, fun cards reflecting known personalities and movie characters for a cowboy card showdown duel between 2 or more players. Had lots of fun with the cards. Congrats on the humour” Portuguesegamer1975

“If you've ever wanted to play a game where you can send your favorite action heroes into combat armed with a chainsaw and dynamite chicken, then the guys @deckofjustice are making the game just for you! Deck of Justice is an action packed take on the rock, paper, scissors formula. The simple concept becomes quite strategic when you take advantage of different combos, and instant ability cards” Tabletoptavern_official

"This looks like everything you’d expect in a good action flick. Big guys with big friends and big weapons slugging it out in a last-man-standing-take-all extravaganza!” Nonzerosumgames

“This is so good! when I heard that a card game was in development which centred around 80s celebs having a big fight, you don’t need to get very far into the sales pitch before you would hear me shouting “I’M IN!”” 80snostalgia

“Deck of Justice was fun and quick, and the humorous cards kept everyone laughing. The artwork on the cards is really well done and with so many different combinations of cards to play, your strategy for each game will have to adapt and change. we all were laughing the entire time! It’s a very quick game to learn to play, and as there is no components other than cards it makes for a great travel game.” Meeplesyrupgames

“Great action fuelled art. Playing in a group allows bluffing to excel. In a group game, there is a real pressure of needing to annihilate your oppositions before you run out of cards, or before other players discover your combos and aim to remove that advantage. The category in which this game excels is as a palate cleanser/filler game for a larger group or party atmosphere” Expand_your_game

“There are many ways to play which was great and we enjoyed just how simple and fun it is. A funny attack card game.” GeekyGirlGames

**Special thanks to all our beloved fans and supporters (especially on Kickstarter) that made this project possible.

"When I heard that a card game was in development which centred around 80s celebs having a big fight, you don’t need to get very far into the sales pitch before you would hear me shouting I’M IN!" 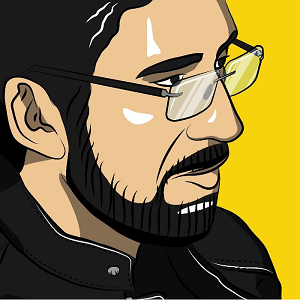