Tarot Epitome Deck has 78 individually decorated cards 56 house cards and 22 trump cards. The illustrations of this deck have been crafted to display the traditional themes of the Tarot by maintaining the name and interpretation most common. Beyond the traditional names and interpretations I have attempted to illustrate this deck in a manner that would ease understanding for contemporary Tarot users. I did this primarily through converting the name/interpretation into recognizable surroundings and objects. For instance the Knights horses have been turned into cars or vehicles. Using a muralist style with the figures also adds to the ease of interpreting the body language and facial expressions in the illustrations.

I carefully researched and contemplated each card before undertaking a drawing. A seemingly endless series of revisions and color work helped to refine the deck to such a degree that I feel that the work has obtained a legitimate mien. There is still a fair amount of whimsy and free association in the work, which helps make the deck a living artifact. This deck is supremely functional in making use a Tarot reader’s internal dialog and intuitive reasoning, due to the ease of linking identifiable environments for the audience. 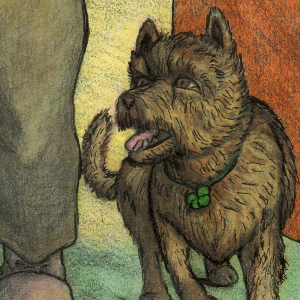