Welcome to the Universe of Deathrace 82!

Draw a movement card (1-4), place that many Road Tiles & move up to that many spaces.

Create unique tracks from a deck of 20 Road Tiles.

Seek & destroy 3 sub bosses before taking on the Final Boss.

Engage against your fellow racers in Drive-Bys & Battle-It-Outs.

6 Characters to choose from with different Special Abilities.

Harness the power of 4 types of Weapon Drops to succeed.

Carefully utilize your Power Cards to gain the upper hand.

Watch out for special Event Cards that will help or hinder your progress.

This is not just a tabletop game about a souped up rally race car (aka the Stratos) on some insane planet. With explosive weapons, Magical Monkey Wrenches of healing, life and death Event Card scenarios over extreme terrain obstacles, heated Boss Battles & epic Power Card plays. Or a race to be the first to reach Sniperjackie's rescue helicopter, only to be forced to fight the Twisted Race Master. Oh no no sir, it is not that kind of game! ... Oh wait a minute. Hold on. Shoot. This is EXACTLY THAT kind of game!

Your galaxy has been taken hostage by an evil alien race known as the Zillian. The Zillian leader, Twisted foOk, has locked down several planets with his hordes of OMG-Zilla serpent creatures, and even reprogrammed your own automated robotic defense, into unhappy Death Turrets. Armed with his Electromagnetic Golden Monkey Wrench Staff, Twisted foOk has transformed the land into a Deathrace. Calling himself the Race Master, he has placed his minions at different check points in hopes of thwarting the Heroes on their rally to destroy him! Atop the highest peak he waits for the strongest Hero to survive his newest Deathrace in an attempt to beat him at his own game...

There are only six individuals (and one robotic drone) that have what it takes to stop the threat of the current Zillian assault. With the power of their "almost magical" race cars, unique special abilities, and gritty personalities, there is still a chance to save the world! Or at the very least themselves. Unfortunately, these possible Heroes are not all friends. Some even enemies!

Frenemies or not, there can only be one survivor. How can they work together against a common foe when only one can survive?...Let's find out! 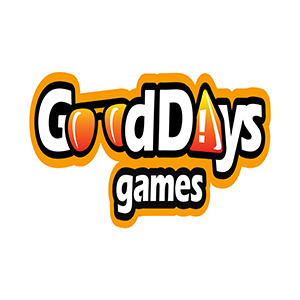