Familiar takes place in the fantasy world of Elytha Tira. Those who live there are skilled in the use of a magical power source called Elyth. With it they can perform heroic feats, cast powerful spells, or tame fantastical beasts which can become their familiar companions, commonly called pets. The Mythic Arena is where you join in friendly battle competitions against your opponent’s familiars!

You start the game by taking turns picking out the cards you want to use in your deck. There are tons of different combinations of cards you can choose from, making for a variety of game strategy options! There are also 2 ways of deck building: 1. Draft, as described above where you take turns choosing from one set of cards. 2. Constructed, if both you and your opponent each has their own set of cards, you may build them without showing each other what you're choosing and can pick from all the cards.

On your turn you have the options of playing a Familiar (commonly called pets), Elyth, Runes, and/or Item cards out into the Arena in front of you. There are 3 lines of play in which to place a pet: the Front, Guard, or Rear, and you can also have a pet switch lines once per turn to move them up or down the field.

An Elyth card can be played and is attached to a pet when it’s out in play. They give magical enhancements to them that stay on until the pet is downed, or somehow gets discarded.

Rune cards are played once, then get discarded. They have special effects that give your pet a boost during battle, or help you draw and get better cards from your deck.

Item cards can help remove status effects such as bleed, paralyze, poison, etc. if your pet gets wounded. They’re played on the table in front of you, and only have a certain amount of uses before they get discarded. Included counters are used to keep track of how many uses are left.

Battle occurs every turn, with the ultimate goal of out strategizing your opponent and being the first to gain 3 Victory Points by winning battles against your opponent's pets!

To read the full rules, you can download them below! Also check out our website for a more detailed overview and pictures, including several YouTube videos on the basics of gameplay. The first one is posted below: 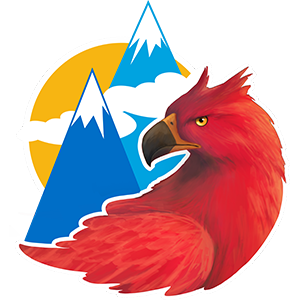