The cliques, the sneering teachers, the bullying, the pressure to conform... it's more than anyone should have to take, more than they can take and sooner or later, something... something is going to snap.

One wedgie, one swirlie, one spitwad, one insult too many and something primal trips over in your mind. These bastards need to DIE, every last one of them is a waste of perfectly good atoms and they've made your life a living hell these past few years. Time for some payback, time for some REVENGE!

Still, you can hope.
Final Straw is the gratuitously violent and satirical card game of highschool revenge. It requires a cynical, and sick, sense of humour and is suitable for up to four players with a single pack. 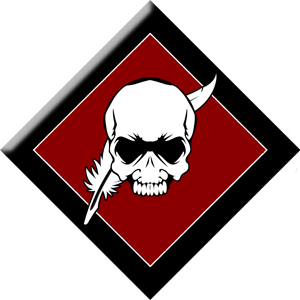