Note: A three-minute video introduction to the game is now available. Enjoy!

A fire has erupted in a large home, threatening the property and its occupants. As the first responders to the fire, players must enter the home to rescue the people trapped inside. Resources are scarce, and time is not an ally. As the fire spreads out of control, victims are endangered and the building approaches collapse. Players must cooperate to mount a successful rescue effort.

Flash Point is a fully cooperative game, meaning that players win or lose together. To win, players must rescue the victims trapped inside a burning home. The players fail if three or more people die, or if the house collapses from structural failure.

Features
Fire and smoke spread, interact, flashover and explode through an innovative mechanic. Chain reactions are possible and very deadly.Fully cooperative gameplay where players must work together to overcome the fire and rescue trapped victims.Game scales well, accomodating as few as 1 and as many as 6 players. Solitaire is an option!Two ways to play: the Basic Game introduces key concepts and is a great way to teach new players. The Advanced game adds specialists, two drivable rescue vehicles, hazardous materials, and random start conditions.Multiple difficulty levels accommodate the widest range of player ability and invite replay.Two houseplans are included. Each presents its own challenges.


SPECIAL NOTE: This game is dedicated to the brave men and women who regularly risk their lives to save people and property from fires and other disasters. Of the profits received by Clockwork Colossus Games, 10% will be donated to the Terry Farrell Firefighter fund.

For more information, and a free downloadable 3D Java version of the game, please check out Flash Point | Board Game | BoardGameGeek [www.boardgamegeek.com]. 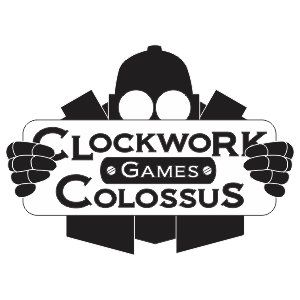