Play Galaxy Rise on your phone for free.

CHANGES: Under some lighting the blue gems look like the black gems, so the blue gems have been switched to WHITE GEMS. Purple gems have also replaced red gems, which are no longer available.

Centuries of multilateral conflicts throughout the galaxy are being resolved at the diplomatic conference of the era: The Congress of Zienna. Borderlines will be drawn and the resources of entire systems will be acquired. Empires, alliances, and multi-planetery corporations struggle for power --- not in battle but at the negotiating table.

You are a representative of a galactic power sent to Zienna Prime. Your goal at the negotiating table depends on your hidden identity:

Envoy - Galactic peace alliances benefit from stability and mutual success. The Envoy's goal is to help all parties get what they want.

Saboteur - Hired by nefarious provocateurs seeking conflict, the saboteur is sent to prevent the negotiations from being a success.

Solo Agent - Representing the interests of a single client state or corporation, agents work to maximise acquisitions with no regard for competitors.

Players are given hidden identity cards: The "Envoy" scores points for other people making their bid, the "Saboteur" scores for others failing, and everybody else ("Solo Agents") score for making their own bid. The deck size changes depending on the player count (3, 4, or 5) so every game is balanced.

After being dealt their hands and hidden identities, each player bids the number of tricks they will take using gems. Color-coded gems make it easy to see if the bid is under, full, or over. One player may be a saboteur, so you cannot count on every bid being legitimate.

The hand is played out in tricks. The Solar suit is always trump. As players take tricks they place their gems on the piles so the status of all bids is apparent to all. After the last trick is taken every player reveals their identity and scores points accordingly. Players move their corresponding cube on the score track until one player makes it to 30 points to win the game.

Use the normal Hidden Identity cards for the number for players. Deal out the deck and everybody looks at their hands. The dealer looks at all the H.I. cards and secretly selects one to use. Then the dealer passes the remaining H.I. cards to their right (the opposite direction of bidding). That player chooses one, and so on, until the player to the left of the dealer selects one from the final two. That player then begins the bidding and the game continues as normal.

Make It So Studios 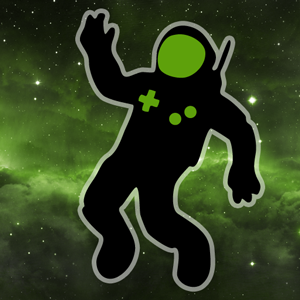