Inspired by movies of the 20th Century, redolent of Old Hollywood glamour.

The Golden Age of Hollywood Tarot Deck tells the tarot story through the medium of movies. Images from Hollywood's golden age (1920’s to 1960’s) transcend the time and represent powerful archetypes gifted from the twentieth century to the twenty-first.

This full-sized tarot deck is a rich and powerful marriage between movies of this era with the deeply meaningful Rider-Waite-Smith (RWS) system of tarot interpretation. The images in the deck provide a glamorous, colourful and yet accessible tarot system.

It is also an alternative, modernised perspective on tarot that will serve current taroistas well but also engage a new audience that resonates with this era of movie making.

You don’t have to be familiar with the movies to use this deck although this can enhance your readings, as well as being highly enjoyable. I hope that it does indeed send you back to the movies!

The deck includes four additional Veto cards which can help to identify "no go" areas in your readings. Every card is fully illustrated - there are no 'pips only' cards in the deck.

Reviews of the Golden Age of Hollywood Tarot Deck can be found on the Aeclectic Tarot website here:

Scroll down to the reviews by Tarot Ann and John Mangiapane in the Reviews and Ratings section at the bottom of this page.

To hear an interview with Lorelei on the deck:

Elizabeth Taylor in 'Taming of the Shrew' as Queen of Pentacles? Anne Bancroft in 'The Graduate' as the Devil? Inspired! 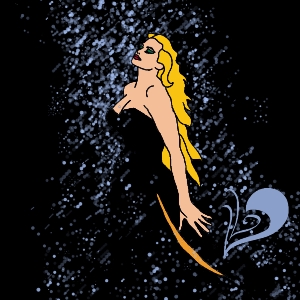