This game was designed and developed by Wheektown as a method of raising funds for rescue guinea pigs. The profits made are split between the twenty-one rescues depicted in the game. Every cent goes toward the various costs of looking after rescue animals, such as food, housing, veterinary care, heating or cooling, and transport.

The goal of Guineapigopoly is to become the player with the most pellets by buying, selling, and receiving donations for your rescues, patches, and farms.

Why is it so expensive? Why are you so greedy?

How long does it take to arrive?

The manufacturer that produces this game for us is print-on-demand. Depending on how many games they have in their order queue, it can take a few weeks for them to actually print the game and send it to you. My prototype only took one week to print but in busy seasons, such as around Christmas, it can take considerably longer. If you intend to buy this game as a present, please allow two months for it to arrive.

It says that a piece is out of stock (or similar) and won't let me buy it. What do I do?

The manufacturer often takes a while to order in new pieces once they run out. (I know, it's annoying, but what can you do?) This is almost always the player tokens. It's quite easy for me to simply change the colour of the problematic token to one that is still in stock. So if you're getting this message and unable to buy, let me know, and I'll change the colour. For this reason, the tokens might not be the same six colours between games.

Why are there little tokens for currency instead of bills?

To print enough bills for the game, it would've added an extra $20 to the final price (don't ask me why they cost so much, I dunno). Alternatively, the tokens were only $3. I understand that this may detract from the classic Monopoly experience, but for the sake of taking $17 off the final price, it was a no-brainer to go with the tokens. If you really want the bills, I can make some up and publish them as a kind of expansion for you to buy separately.

Are these all real rescues?

Indeed they are! Some of those on the board have since closed down or otherwise dropped out, but all of them were real rescues at some stage. The majority are still participating, and the profits are split between them.

Are these all real guinea pigs?

All the guinea pigs shown in the game are real. Those on the board and the cards are rescue animals. Those on the tokens were all made from followers who submitted photos of their own pets. Take a look at the "Oh no! You better go to the vet" panel - you may find her familiar to the guinea pig playing Guineapigopoly in the first photo of this page. ;)

What are those guinea pigs doing on the Floor Time cards?

They're popcorning! Get your mind out of the gutter!

What other games are there in the Wheektown line?

You Ate My Veggie Patch, which is the guinea pig version of Battleship. There's also a deck of playing cards. Next on my want-to-make list is chess and Clue, but I've since moved onto other important projects that keep me busy, so I'm not sure when or if I'll be able to get back into designing games.

Can you make x game with guinea pigs?

If it's within my power to do so, you're welcome to send me a suggestion. But see above about the feasibility of me actually making it.

If you have any more questions, the Wheektown email address is wheektown@mail.com. You can also find us on Facebook here. 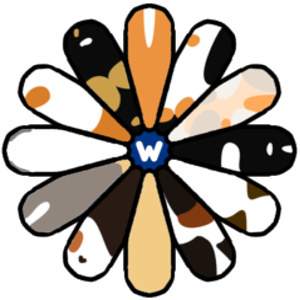