A Hacking Emulator for 2-6 Players
The Gibson is the most secure Mainframe in the world. It is the Holy Grail for Hackers. So far it has never been hacked, and they say it is un-hackable. But you and your fellow Hackers think it’s time to prove them wrong. You figure that if you all hack at the same time, you can overwhelm their security and take control. You could work together, but how would you know who is the best? Hackers are traditionally lone wolves, so why change now. The challenge of hacking the Gibson is now a race to take more control faster than those around you.

A Hacker's turn is broken into 2 parts:
1. Hacker's Actions
2. The Gibson's Response

Hacker's Actions:
In the real time world of Computer Hacking you need to be fast, and efficient with your limited time. Each turn is limited by the number of Clock Cycles you have. Each Hacker starts with 6 Clock Cycles per turn to take actions. There are the basic actions that all Hackers have access to, but there are functions and server upgrades that add more actions or clock cycles that will tip the balance into your favour.

The Hacker's goal is to move their viruses around the mainframe taking control of it's servers and blocking your fellow Hackers from doing the same thing.

But you are not hacking a static system, the Gibson will respond during the second half of your turn.

The Gibson's Response:
The Gibson and its operators are the best of the best and they have 21 levels of Security Protocols. If you make it to Level 21 “Lock Down” the Gibson cuts all the connections to the outside world and your ability to hack is gone. The game ends immediately.

But before that it has Anti-Virus programs that could take out your viruses, or take out one of the other Hackers and give you a leg up. You never know how the Gibson is going to respond, and that gives the game an element of randomness, and definite replay value.

The Game ends when the Central Core is taken, or the security level reaches "Lock Down" and the Hacker who controls the most valuable servers is the winner.

Do you have what it takes to take on the Gibson, and your friends, and prove yourself the best of the best? 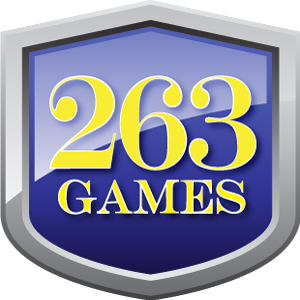