Grow your railway, sabotage your competition and ride the rails to fortune!

Iron Horses throws you back into the 19th century when Railroads dominated commerce. Climb aboard any one of Lydon Rail Company’s eight railways and race to be the first train to successfully deliver $1,000,000 in resources! Be wary of what lies ahead, as setbacks are bound to happen! Tariffs will slow our delivery, maintenance will stop you in your tracks and hijackers are eager to steal your payload! Fix what you can, deliver the goods and attain victory!

Each player chooses one of eight unique railways each with a distinct advantage. During a turn, a player has up to 4 available actions, Draw, Transport, Remedy, and Sabotage, each of which will either bring you closer to victory or slow down your opponents. Your main goal is to accumulate $1,000,000 in resources before another player beats you to it.

Denominations range from $25,000 to $250,000, so keep a look out for highly valued resources. But it isn't as simple as drawing and transporting resources...Setbacks can bring you to a halt. Remedy them quick to keep moving!

Game play is quick, with each player allowed up to 3 actions per turn! You may draw, transport and sabotage in a turn, Draw twice and then remedy, or if you are feeling notorious, Sabotage three times! A 2-player game usually lasts about 10-15 minutes. Add a third or a fourth and expect a bit longer.

The exclusive Iron Horses playmat measures 16" x 10" and is constructed from thick, high quality neoprene. It has everything you need to streamline gameplay, and even includes two metal gold ingots to track resources on the resource tracker!

What People are Saying

"I love the artwork, I like the theme, and I like the idea of a card train game. I definitely can recommend it!" - Forrest Bower, Bower's Game Corner

"I recommend this game especially for the historically minded and for the railroad fan!" - Chad Ryg, R.Y.G. Games

"Overall, because of the aesthetic and the ease of play, I quite enjoyed this little game!" - David McMillan, Nashville Area Gaming Association

"Nice light filler game with plenty of take that! action!" - Dave Taylor, To the Table Reviews

Other Games by Us

Save on shipping and add a few of our other popular titles to your order!

ELEMENTS - A 2-4 player, modern alchemy card and dice game with some take that! and set collection! Raised over $5,000 on Kickstarter!

BRACE FOR IMPACT! A head-to-head, real-time dice game simulating the intensity of a submarine battle! Over 200 Backers on Kickstarter!

FIEFDOMS A head-to-head, real-time dice game simulating a medieval feud between rival Lords within a blood-thirsty Kingdom! Dozens sold via a Crowdsale!

Iron Horses is fun, light and charming and is definitely something you should look at, you'll be in for a good time! 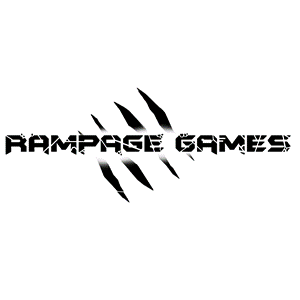