Brave the damaged facility as a Researcher, or hunt them down as the Drone!

Somewhere out in space, a military research station was recently damaged by a storm. While the damage and debris could be repaired, to the researchers' horror a retired military weapon residing in storage, an armored drone programmed only for wiping out a population, was reactivated by a malfunction and began to brutally slaughter them one by one.

As the team of surviving scientists, brave and explore the hallways of the facility, avoid the drone, and lead the survivor bearing the drone's "Kill Code" device to the terminal in order to begin the deactivation process and survive until repair crews can reach the station. As the drone, figure out which of the survivors is carrying the Kill Code device, then viciously hunt them down...

*Gameplay Overview*
1. At the start of the game, all of the map pieces are laid out in whatever formation is desired, as long as they are connected together. The Drone Start, Researcher Start, and Terminal Start pieces are placed face-up, while the rest are placed face-down (nobody knows the extent of the damage after the storm hit until they encounter it by moving into that map piece, and revealed debris spaces can block movement.) For additional challenge for the researchers, the Terminal Piece can be shuffled in with the other face-down pieces.

2. After the map has been laid out, Inventory cards (including the Kill Code Device) are dealt out to each of the Researcher players. These are important and can be traded amongst the researchers at times during their phase, a tactic that can be used to confuse the Drone player. However, since the Kill Code Device was manufactured using obsolete tech and parts, it is a bit bulky and cumbersome for carrying around, and therefore whichever Researcher is carrying it moves a little slower than the others (more details on how this and movement works are in the instructions, and it is something the Drone player should be looking for when choosing who to chase down.)

3. A round takes place in 2 Phases: the Researcher Phase and the Drone Phase, with the game continuing to alternate between the 2 until either a Researcher makes it to the Terminal with the Kill Code Device alive, or the Drone kills the Researcher carrying the Device.

4. The other Inventory cards are not entirely useless (except maybe the Frag Grenade). For choosing wrong, the Drone is somewhat penalized, even if it's just a temporary setback to give the Researchers an edge! 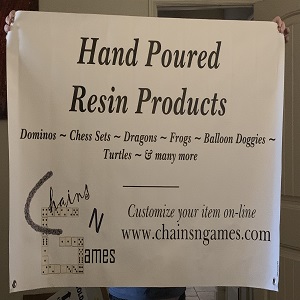