LXXXI is a collaboration between Internationally renowned magical artists Stuart Littlejohn and Cassandra Beanland, and widely respected magical adept Josephine McCarthy. All of the paintings are original works of art in oil, acrylic, or water color, and are the result of three years painting and collaboration

The bordered version of the Quareia Magicians deck has now been retired, and the new edition is now borderless.

The tarot size edition which comes in a tuck box, is a handy size for easy use and to pop into your pocket or bag for easy transport. It comes with three information cards with weblinks and information on the creators of the deck. Card details: size 2.75 x 4.75 inches on black core card stock, with a linen finish and UV protection coating

LXXXI - The Quareia Magician's Deck is not based upon any tarot system, but rather it draws upon the mythic, mystical and magical powers that underpin the magical systems that tarot eventually developed out of. It is based upon real inner realms, real inner contacts, beings and forces that the practitioner of magic is very likely to involve themselves with.  Because of this approach, the deck works as a contacted deck, i.e. used magically the images can act as gateways to inner realms, inner beings and magical patterns. It can be used for magical or mundane divination, or as a direct connection to inner contacts, as gateways for meditation, magical visionary work, soul exploration, or contacted ritual work.

The deck is truly unique, and draws upon different magical concepts, cultures, spirits and powers, ranging from Ancient Egypt, Africa, and Asia, to the British Faery tradition. Each card has a key word or name, making divination easier, and it is a deck with attitude – it pulls no punches!

To ensure that the images do not become entangled in magical misconceptions, we have moved away from the relatively modern use of set ‘names’ for the beings in the images, and instead we have reverted to a very ancient way of presenting inner beings: we name them according to what they do. That way, there is no ambiguity about what a being actually is.

Originally designed to be worked with by occultists and magicians, it has quickly become popular with a wide range of tarot readers, diviners and magickal practitioners, and also people who are simply interested in truly beautiful decks. So now we have made it more accessible. It is available in regular tarot size cards, and also in Jumbo sized cards (Jumbo edition).

The in-depth Book for the LXXXI deck can be downloaded for free (text only) or purchased on any Amazon outlet (text and full page colour card illustrations). Each card has its own full page of information, and the book also has a collection of layouts that can be used with the deck.

The deck book on Amazon 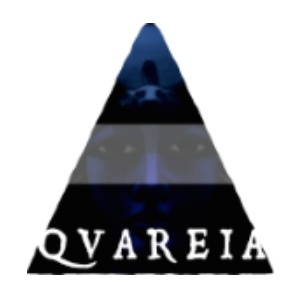