Melt-down is a very easy game to learn, terrorist hackers have hacked into the reactors cooling system and you as the head Nuclear Technician are the only one who can prevent a disaster.

Can you stop the Melt-down! and save the World or will the terrorists blow it all to hell?

This is a game based on a reactor plant under terrorist attack. You place tiles on the board simulating controlling a computerised robotic pipeline but the terrorist hackers have hacked into the controls and it is a battle between good and evil as both players take it in turns to try to remotely control the reactors cooling system.

Failure means an unstoppable runaway nuclear reaction and eventual massive melt down that could threaten the World. Can you save the Earth? It's all up to you!

Play alternates until one player has created an unbroken computerised continuous pipe line from the reactor to the cooling system or the terrorists player has stopped you and caused the massive Melt-down! that could destroy the entire Earth.

A great game for 2 to 4 players (in 2 teams) but is best with 2 players. This game requires a lot of luck and good planning and strategy. The game is very simple, anyone can learn to play in just a few seconds with every game being so different it will keep you playing time after time.

Adictive "Just one more game". Great for all the family, any age and perfect for the family games night or for a light frivolous fun game for professional gamers in between heavier battles.

Michael wanted to create a game simple to learn with only one or two rules with both players using the same pieces at the same time so easy that anyone could play but was also a lot of fun with lady luck playing a major role but good planning and a good strategy will still help you win.

He came up with Melt-down!, an abstract high tech version of a computerised cooling pipeline system for a Nuclear reactor.

Highly addictive and so simple that anyone can play makes this a game you can not miss. Some assembly is needed. So get yours now and play Melt-down!.

Also see Melt-down! ($10.99)
Save the reactor and the City and possibly the World. No preasure.
Melt-down! [www.thegamecrafter.com]
Part of the Hacker Monks Master Game Series 005 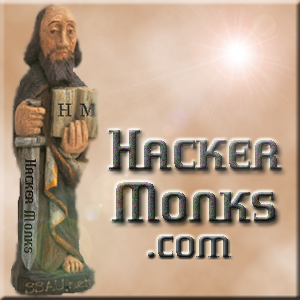