A sprawling expansion to MERC.

This is the official expansion for the area control game called MERC.

Assassination Mode eliminates the area control victory, and instead you have to assassinate the Dictator to win. However, the Dictator starts in one corner of the map, and all the Rebels start in the other and have to gather equipment along the way.

Vehicles mode adds 5 new ridiculously overpowered vehicles including a Sherman Tank. If you're in for over the top mayhem, then vehicles are for you.

I, Dictator mode sets a new battlefield condition: Whomever can get the components to build a dirty bomb first becomes the new Dictator!

Also, the Dictator AI is kind of like a new game mode as it allows the game to be played with an automatic Dictator, so that you and your friends can all work together if you like. 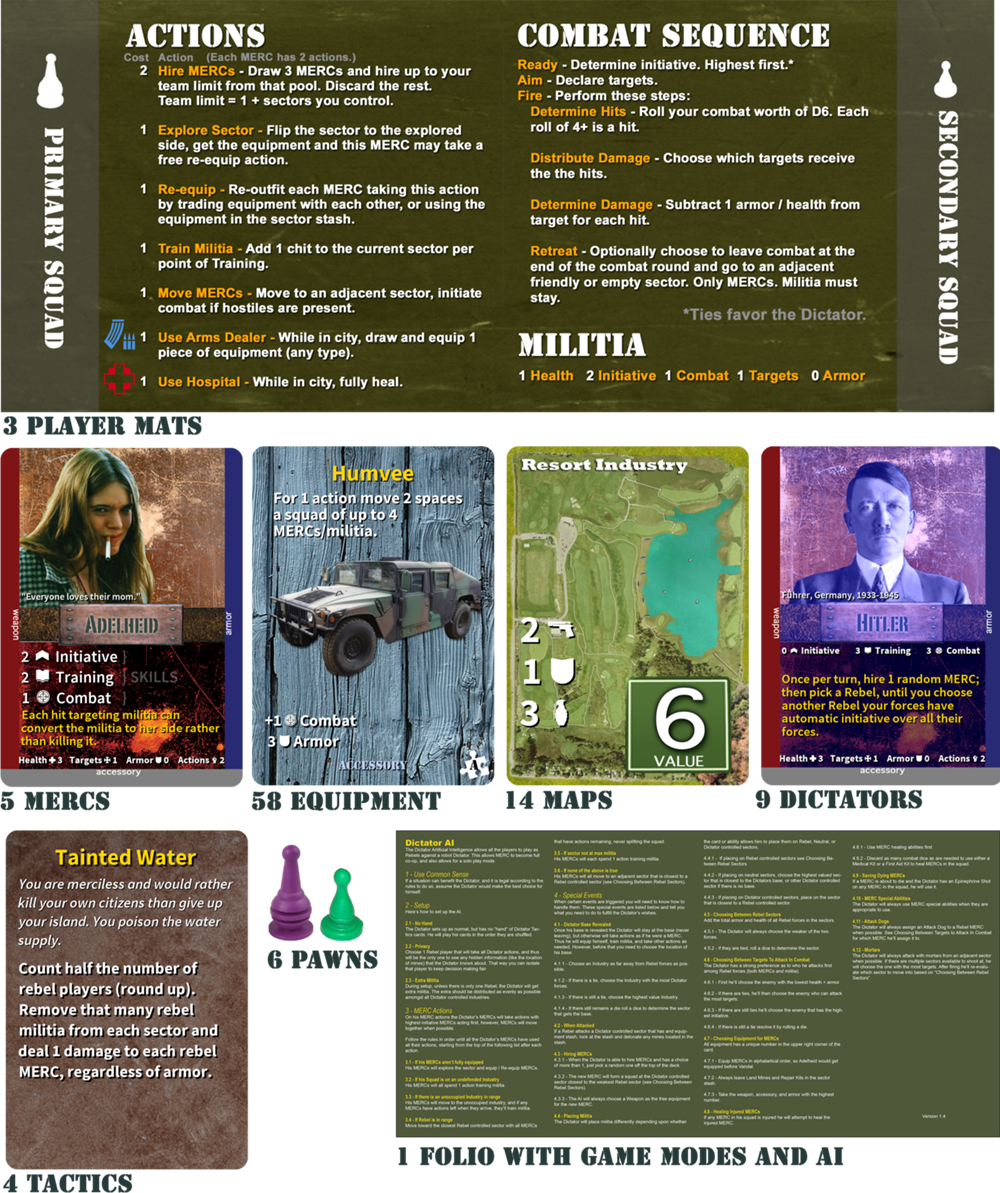