Monster Girls, it's time to duel!

MoGi Cardfight is a competitive card game that brings to life the war of Monster Girls and humans. Every card contains multiple surprises, decreasing dramatically the luck of the draw! There are no random packs or rares to buy. Just get a deck and play instantly with your friends! Every duel is an epic battle story that you will remember long after the match is over!

・Create ingenious combos on the spot.

・Outsmart the enemies with your tricky Accessories.

・Discover how to counteract with Energy and Barriers.

・Decide which Queen abilities work best to your advantage.

・Find solutions and overcome many challenges.

The game contains detailed instructions with illustrations and examples.

Two MoGi Playmats are free to download! You are advised to print them in A3 paper size and laminate them.

This duel is a great example of how the game mechanics work. At the beginning, two Lv1 mushroom-girls almost took down a giant monster! Player B used SlimeGirl Purple to take down 3 of the enemy Barriers in 2 turns. Soon after that, Player A was left without energy points! Player A was at a desperate position and he had to use everything he got to turn this around... and he did! After struggling for a few rounds, he made an amazing comeback by creating an awesome combo that was hard to break. Player B did his best to counter that combo and after a few turns he managed to brake it.

The beauty of this game is that both players share the same deck and they have to improvise and come up with their own combos as they play along! I'm testing this game for over 2 years now and I haven't seen this combo before: Dedu draws a card when he doesn't attack. Because he draws a card Player A gains +1ENP because of Queen Turquoise. Dedu is only 1 hit from perishing but Force Field protects him, so Player B needs to destroy Euryale first. But Euryale gains Armor from Dedu!

Complex combos like this one are rare to pull but if you are clever enough to make your MoGi cooperate in such way... this level of creativity truly makes you feel superb, especially if you are near losing and you make a strong comeback such as this! And this is what sticks in your mind after the battle is over: How Ucogi sacrificed herself in order to save Euryale from SlimeGirl Red, how the kitten Neko really had 7 lives (since she was made to return from the graveyard) and how Troll was trolling those Barriers!!!

In this game you have many choices in your hand. What you do with those choices will determine your future. Use your MoGi and Accessories wisely! 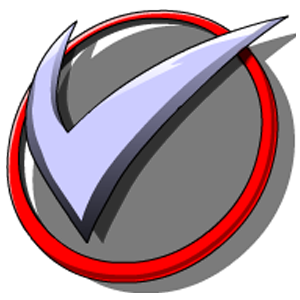