Take on the role of a passenger aboard the Ganymede as you and your friends embark on a competitive mystery adventure. Try to discern the identity of the other players as you seek to accomplish your own goals while simultaneously trying to block the other player's goals.

At the start of the game, each player is randomly given a character card. Each character card gives you unique victory and failure conditions. The first player to meet one of their victory conditions, wins the game. See the action shots for the characters and conditions, but make sure you click on "View Larger Images" below the pictures.

Each round, you choose one action that may lead you closer to your goal. Actions include Search, Steal, Attack, Restrain, Give, Trade, and Escape. You can take actions against any player or against the airship itself.

Use Armor, Magic, Weapons, and other cards to mix things up and give yourself an edge. Some cards give you bonuses in combat, some make another player roll 1 or more of their dice - forcing them take a random action or target a random player (this is the only time you roll your dice), and other benefits and effects that can't easily be summed up. See the action shots for a few examples, but make sure you click on "View Larger Images" below the pictures.

This game is not meant to be played quietly. Player interaction is key to a good game. You should ask questions, make deals, conspire, bluff, and mislead; anything to ensure your victory. 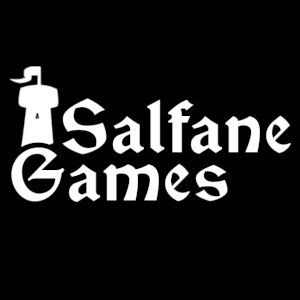