Match and swap the "Presidents" of the United States in this fun parody card game!

What is Presidential Rummy?

Presidential Rummy is a parody card game for 1-4 players where you match and swap "Presidents" based on their different attributes. 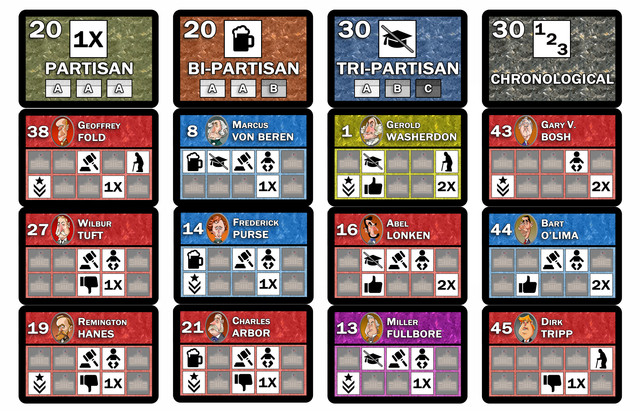 How do you play? 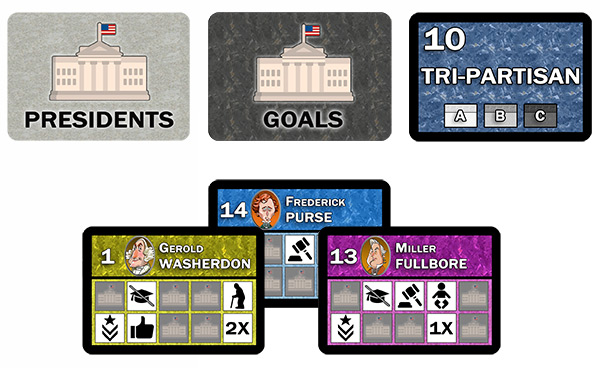 If the player CAN form a set, they pick up the goal card and place it in front of them, putting the 3 President cards below the goal. They then draw up to 3 new President cards and play continues. 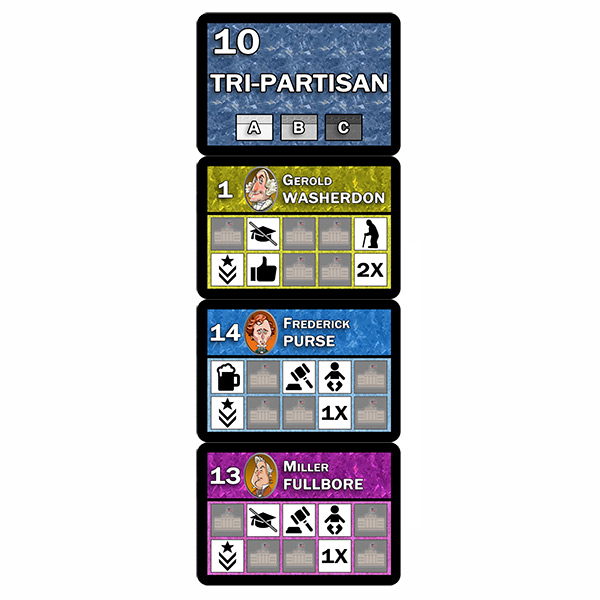 The "Rummy" aspect of gameplay comes from being able to swap (meld) cards from your played set on the table with cards in your hand to form a new set.

In addition to the Presidents and Goal Cards, there are two special cards:

Wild Cards are President cards that may be any color, number, or attribute. Once placed, they cannot be melded.

Drain the Swamp cards are Goal cards that allow players to remove an opponent's placed set of Presidents, making them lose their earned points.

How do you win?

The first player to reach 100 points by placing sets of Presidents wins! (In the case of a tie, the Supreme Court may need to decide the outcome! :)

Are there alternate rules?

The Rules of Play also include a "Go Fish" variant of the game to make things more interactive with your opponents, as well as a 6-goal card variant to give you more goals during play. You can add a timer to make players move more quickly, or play a solo-variant if you like.

Why did I make Presidential Rummy?

I've always been a fan of American history, and have been fascinated by how the country's many historical periods have been reflected by their different leaders at the time: the Presidents of the United States.

Every President has an interesting story (especially the lesser known ones), but did you know that despite their differences in time, the Presidents have quite a bit in common? Many were lawyers, some had military backgrounds, and a good number were known for their drinking!

Keeping this in mind, I came up with a card game with a simple melding mechanic that uses political parties and Presidential attributes as "suits" and values. Like Rummy, there are wild cards, and you can swap cards to reach your goals. Since this is a parody game, all "Presidents" are fictional, but they are based on their historical counterparts.

What comes in the game?

If you like rummy style card games (which I very much do enjoy) and don't mind a political theme, be sure to check out Presidential Rummy. 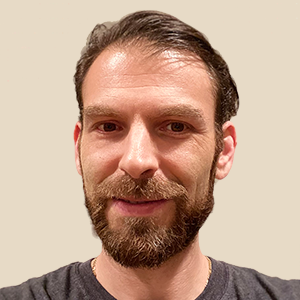