Project ALPACA is a quick round-based two player strategy card game. In the game, players attempt to have the highest Strength value by playing psychic Ability cards that benefit them in the round. Each round is played simultaneously, so players must try to deduce their opponent's plays.

In Project ALPACA, you will take on the role of a psychically gifted candidate for a secret government project. The clandestine Project for the Assessment of Latent Psychic Ability Control and Awareness (ALPACA) is seeking talented operatives. You will compete head to head against another candidate to see who will move on to become a full-fledged member of Project ALPACA.

Project ALPACA focuses on using wit and cunning to defeat your opponent. The game rewards memorization, deduction, and prediction skills. You are a psychic, after all.

Welcome to the Project.

Project ALPACA is played over 10 rounds in which players attempt to achieve the highest Strength value. Each player has a small deck of 10 Strength cards [1 - 10]. Each player starts the round by flipping over the top card of their Strength deck, revealing the top card. The player with the highest Strength value wins the round, scoring a point. After 10 rounds, the player with the most points wins.

To make things more interesting, players have a psychic Ability deck they will use to change the outcome of the round. This includes changes such as adding to their Strength value, subtracting from their opponent's Strength value, or even reversing the win condition, making it so that the lowest Strength value wins.

There are 25 unique ability cards in each player's Ability deck. After Strength cards have been revealed, players will select an Ability card and place it face down next to their Strength card. Once both players have done this, they simultaneously flip their Ability cards and resolve the effects [adding, subtracting, changing]. Unless otherwise noted, the player who has the highest Strength value now wins the round.

But what about ties? There are an even number of rounds, and with starting Strength values only ranging from [1 -10], there are sure to be ties.

This is where the DOMINANCE system comes into play.

Dominance in Project ALPACA represents who has the upper hand in the psychic duel. Whoever has Dominance gains the following abilities:

There are several cards in the Ability deck that interact with Dominance, including cards that will take Dominance from your opponent. This gives you access to more powerful Abilities, or simply the chance to wrest control away from you adversary (psychically, of course).

YOU ARE NOW READY TO BEING YOUR PSYCHIC TRAINING. 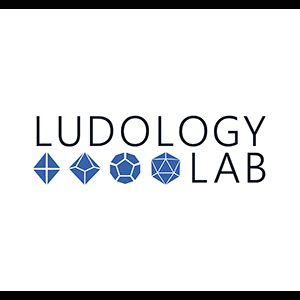