Race to the Moon

The year is 1957, and it has been declared the International Geophysical Year. Dozens of nations are engaged in research and development projects. They are all watching the two major world powers—the United States of America and the Union of Soviet Socialist Republics. These two nations have been locked in a Cold War since the end of WWII. The USSR successfully launches the world’s first artificial satellite, Sputnik, in 1958. This kicks off the “Space Race” as these two global superpowers begin The Race to the Moon.

Race to the Moon is a two-player card game. The players take the role of the USA and the USSR, and the winner is the first player to land a man on the moon. To succeed, you will need to combine research efforts with effective leadership, balancing efficiency, safety, and innovation. And of course, it helps to have a bit of luck. 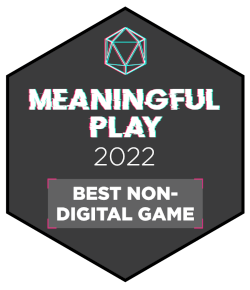