A squirrel viking themed bag builder for 2-4 players based on the Norse myth of Ratatoskr!

You are a descendant of Ratatoskr, the mischievious squirrel from Norse myth who passed gossip and insults from Nidhogg the giant snake to the great Eagle who perched at the top of Yggdrasil, the World Tree.

In this viking squirrel themed bag-builder for 2-4 players, you seek to prove yourself as Ratatoskr's greatest descendant by carrying on this old tradition and delivering messages between the two bickering entities across all four seasons before the great waters freeze in Winter.

While delivering these messages, you'll also be fulfilling your duties as a viking chieftain by trading with, settling, and even conquering neighboring islands!

Is it you whose name will echo across the Norse Seas? 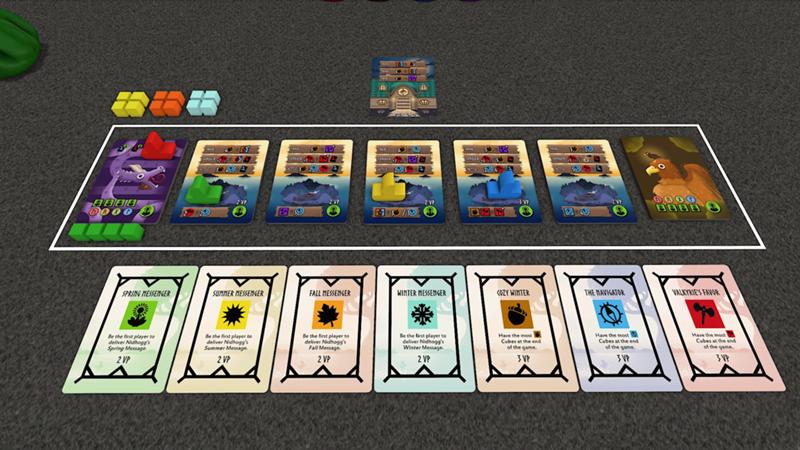 In a game of Ratatoskr, you'll be attempting to sail across the sea surrounding Yggdrasil as you Conquer or Settle Island cards from each of the four seasons, get the latest seasonal gossip from Nidhogg, and then return to the Eagle perched atop the world tree to deliver Nidhogg's message and fulfill your ancestral duties (which will net you the Valhalla Points (VP) you need to make Ratatoskr proud). 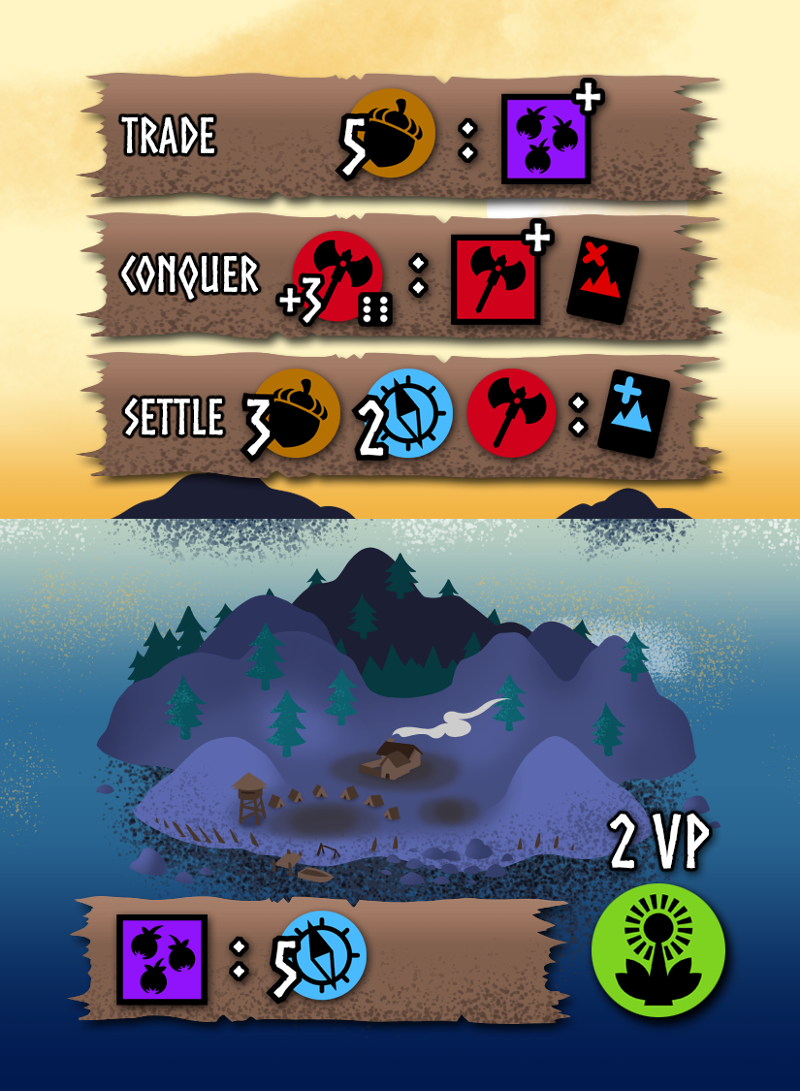 Each Island you sail to offers the opportunity to:

TRADE resources for other spoils that will further you on your journey...

CONQUER the Island with your viking strength to gain even sweeter rewards at the risk of being caught off guard by the inhabitant's superior numbers...

SETTLE the Island by investing in its development and adding the expertise of its inhabitants to your side.

And how do you gain the Resources necessary to tackle the mighty seas? 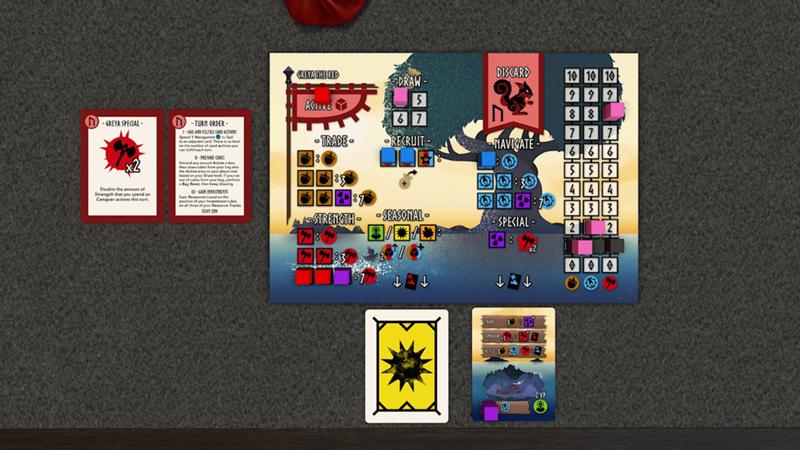 Using your personal player mats and matching bag, you'll draw cubes of varying types and allocate them to spots on your mat, allowing you to generate resources, increase your investments in those resources, boost the amount of cubes you can draw from your bag, and more! 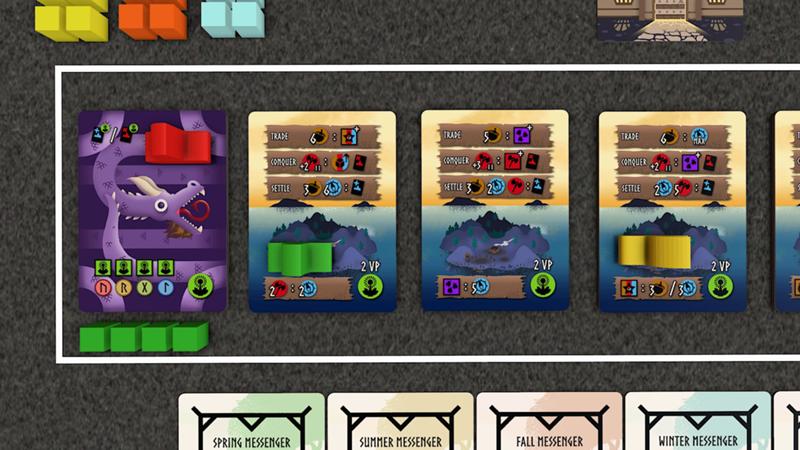 Managing your cubes effectively and spending your Resources efficiently will allow you to claim Island cards, giving you the ability to visit Nidhogg, the snake residing under the roots of Yggdrasil. Doing so will pass the current season's Seasonal Cube to the opposite end of the tree where the Eagle resides. These special cubes not only net you a chunk of Valhalla Points, but allow you to maximize your Resources even further through the rest of the game.

But be warned! If you haven't managed to visit Nidhogg with an Island card of the current season in your possession before the season changes, you'll miss out on your opportunity to claim that season's Seasonal Cube! That's what happens when you neglect your traditions!

Speaking of traditions, what viking tradition is less important than a trip to your local mead hall? Players will also have the ability to travel off the usual path of Islands and visit The Salty Squirrel. 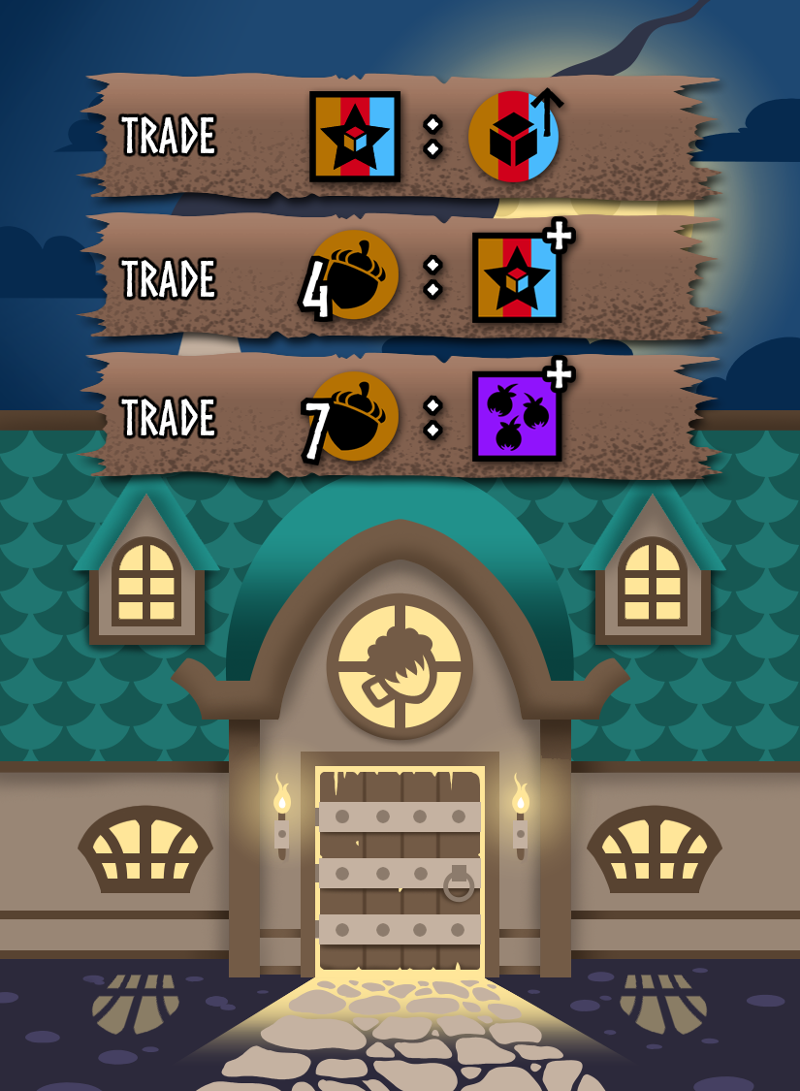 This special location offers unique opportunities to Trade and grants you the power to quickly travel to any location beneath it, which can really save on your Navigate resources! The only caveat is the moment you enter The Salty Squirrel, you get swept up in the festivities and can't leave until the start of your next turn.

Knowing the right time to take a load off at The Salty Squirrel, and when to sail back out to sea is a key component to your strategy.

Once Winter arrives, players will trigger the endgame, giving them their final chances to acquire more cubes for their bag and any remaining Island cards in play. Once this happens, players will count up Valhalla Points (VP) for the cubes, Island cards, and special Objective cards they've acquired throughout the game.

The player with the most Valhalla Points will prove themselves to be Ratatoskr's greatest ancestor, and will have their name spoken of in viking legends for centuries to come!

Consider Voting for Ratatoskr in the Small Box Challenge!