An easy to play draft-n-duel card game for two players.

As twilight closes in on once great civilizations, warring rulers make a last push for supremacy. Employ the armies of the tribes and secure the future of your lineage - No matter the cost.

Reign & Ruin was originally designed for the The Game Crafter Hook Box Challenge. As such, it is a full game of only 18 cards. When you play Reign & Ruin, the cards are divided into hands of seven cards per player. The rest goes into a draw pile. From your initial hands, you 'draft' the hand that you'll later play. Players keep two cards, and hand over the rest, until both players once again have seven cards.

Players then take turns playing one card at a time, either for victory points or for the special ability of the card. When both players have played their hand, you sum up the victory points to see who won that round. The first player to win two rounds wins the game. The basics of the game are really as simple as that. The card abilities are very straight-forward. The real fun is in outwitting your opponent. This is not a card game... This is a mind game!

The world of Reign & Ruin

Our story is set in the world of Everfall. A land of legend and mystery, filled with characters and tribes most fantastic. A place where the peoples, though different, have one thing in common; the shared knowledge that the end of the world – the Everfall, is coming!

You will meet three of the tribes that inhabit this world; the Alfenghast, the Kurgoz and the Hexen. The first of them, the Alfenghast of Fernblight, lead a bleak existence in the marshes of their homeland. They're prone to mistrust and are often used in stories to scare children. An Alfenghast is most comfortable in the shadows, to move unseen and unheard. A critical skill to have when you grow up around bog wyrms.

A Kurgoz warrior of the Scorch, however, would not be caught dead sneaking in the shadows! A fierce and brutal race of warriors, they are as hard as the crags on the eastern plains they call their home. An adult Kurgoz will have horns, fangs and claws – features they carry with pride. They are raised in the belief that these are the marks of the Ember Giants who made this world, and that the Kurgoz are their direct descendants.

Lastly, there's the Hexen of the Searise Islands. They are like you and I in body, but not in mind. They embody the saying 'knowledge is power'. Let there be no doubt, for they hold both power and knowledge in abundance. It is said that their minds can touch all the corners of the world from their glistening towers. Some even believe that the high lords of Hexen know the future.

Master the traits of all the tribes of Everfall, and you will be the true power in: Reign & Ruin! 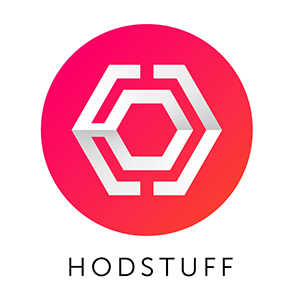